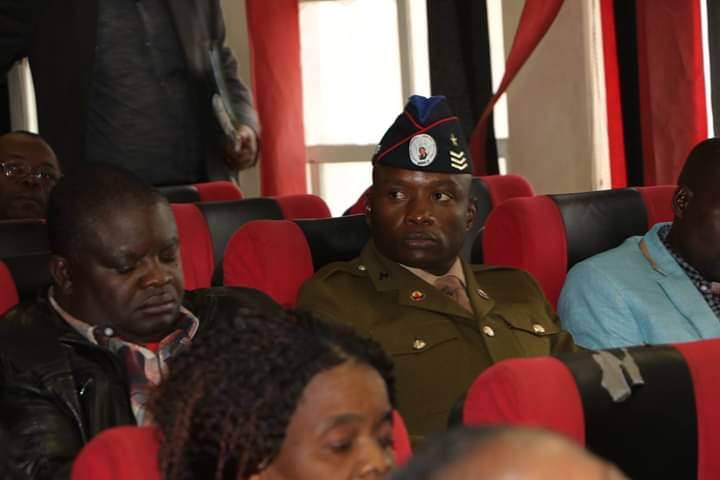 Mukoyi, one of the party youths accused of allegedly trying to burn down a thatched hut in which Khupe and reinstated MDC-T secretary general Douglas Mwonzora sought refuge during the burial of MDC founding president Morgan Tsvangirai in Humanikwa Village, Buhera, apologised to her Monday at the party’s first Standing Committee meeting at the Morgan Richard Tsvangirai House.

Tsvangirai died in February 2018 and before his burial, a fierce battle over the control of the party ensued between Khupe and Chamisa.

Chamisa emerged winner but was dethroned last March after the Supreme Court ruled he was illegitimate leader of the MDC-T.

The court also appointed Khupe interim president with the task of organising an extraordinary congress to elect a new leader to replace Tsvangirai.

“It is a good surprise ladies and gentlemen and that person is Shakespeare Mukoyi,” said Mwonzora to applause from party members present who included Vincent Tsvangirai, son to the late Morgan Tsvangirai, Harare councillor Tichavona Mhetu and former Zimbabwe Ambassador to Germany Hebson Makuvise.

Vincent is an MP in Glen View South.

In 2018, in the run-up to the MDC Alliance primary elections, Mukoyi had messy confrontation with MDC Alliance secretary general Charlton Hwende for the Kuwadzana East constituency. Hwende won the battle but last month he was removed as MP for the area after Mwonzora wrote to Speaker of Parliament Jacob Mudenda recalling him. According to Mwonzora, Hwende is no longer an MDC-T member.

Three other MPs, Thabitha Khumalo, Prosper Mutseyami and Lilian Timveous were also expelled at the behest of Mwonzora.

“An apology was given by my young brother Shakespeare to the president and that was quite touching and we are very grateful for the maturity shown by Mukoyi.

“I have been talking to him and he is very focused on the objective of this struggle and you will be seeing more and more of him as he leads his youth assembly in the country,” said Mwonzora.

Former deputy mines minister during the now defunct inclusive government, Gift Chimanikire is the deputy organising secretary to Abednico Bhebhe, Chief Ndlovu is the deputy treasurer, Khaliphani Phugeni is the deputy spokesperson while the secretary for elections is Manase Tsvangirai, brother to late MDC founding leader Morgan Tsvangirai and his deputy is Gandhi Mudzingwa.