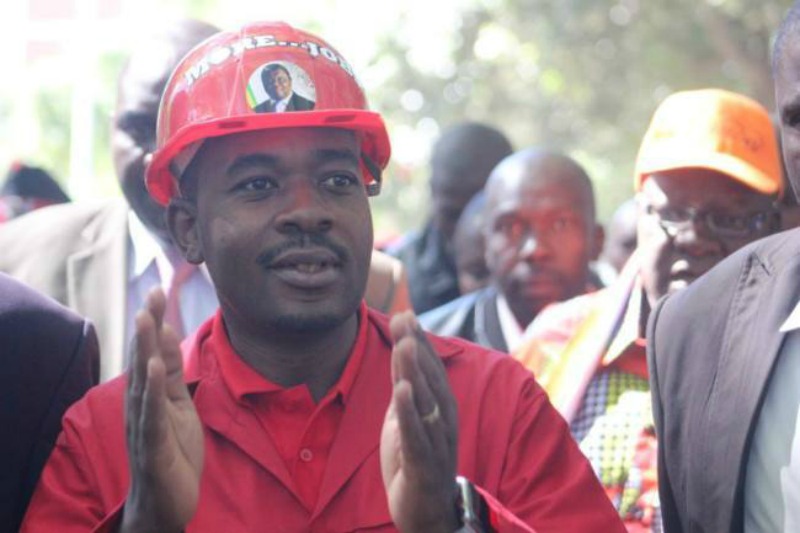 TRIUMPHANT MDC leader Nelson Chamisa Sunday thanked the party faithful for electing him unopposed to the position of party president.

Chamisa has been nominated by 13 out of 13 MDC provinces and now awaits congress confirmation as the main opposition’s second leader to emerge from a party elective process since formation in 1999.

“Change arrives & begins now. Thank you Machinja for an emphatic 13/13 nomination, vote and endorsement as the 2nd President of MDC the People’s party after our Icon the late Dr MT. Help me pray for the grace and wisdom to lead Zimbabwe to happiness, prosperity & freedom.#Godisinit,” Chamisa posted on Twitter.

The MDC leader finally has time to breathe after party rivals and some of those outside have been accusing him of grabbing power when founding leader Morgan Tsvangirai died of colon cancer February last year.

His election to remain leader of the country’s biggest opposition may not come as good news in Zanu PF which has never hidden its preferences for a different opponent.

Zanu PF affiliated war veterans have tried to sponsor a constitutional clause that shuts out those below 52 from contesting for president.

Also posting on his Twitter page, top MDC politician Tendai Biti, who is vying for VP, congratulated Chamisa saying his election would set in motion for a transition to a “genuine Second Republic”.

“Congratulations to Advocate @nelsonchamisa for being nominated in 13/13 provinces & therefore being duly elected President of the MDC. The nomination process @ the caucuses were difficult & challenging but at the end of it democracy triumphed because #DemocracyWorks.

Added Biti, “The election of @nelsonchamisa paves the way for the transition to the genuine Second Republic. It will be tough & arduous but “these are extraordinary times. And they’re dangerous times. We have the chance…to restore some semblance of sanity to our politics.”