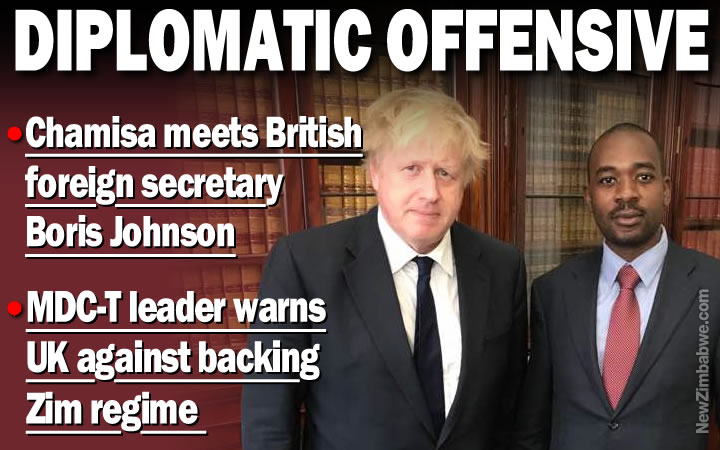 In a short statement on social media, an excited Chamisa said the future of relations between Zimbabwe and former colonial power Britain look bright.

“I have just had a great meeting with British Foreign Secretary Boris Johnson. Zimbabwe-UK relations on a fantastic path. The future is bright,” said the MDC-T leader, sharing pictures with Johnson.

Great! Have just been greeted by the UK Prime Minister @theresa_may in the Chamber @HouseofCommons

Under the New Labour administration from 1997 to 2010, Britain maintained vocal criticism of human rights abuses and violations of the rule of law in Zimbabwe as part of what it called an ‘ethical foreign policy’.

However, with the return of the Conservative party to Number 10 Downing Street, Britain has focused more on re-engagement to promote business and stabilise the economy rather than advance democracy.

After Mnangagwa took over from former president Robert Mugabe last November, the UK was one of the first countries to dispatch a top envoy to meet the new Zimbabwean leader.

London’s top diplomat in Harare was also thought to have played a coup in helping facilitate international acceptance of the military coup which ousted Mugabe.

Foreign Affairs minister Sibusiso Moyo and Finance counterpart Patrick Chinamasa have also been to the UK, drumming up support for Mnangagwa’s new administration.

Speaking at Chatham House in London on Tuesday, Chamisa expressed concern over what he said was the inclination of the British government in Zimbabwe “to align with one political party against another.”

“We have seen that there has been a bit of a shift on the part of the British government in terms of focusing more on political stability and trade and commerce at the expense of democracy. But that is a false narrative, you can never have stability without democracy,” he said.

“We expect Britain and the EU to speak for free and fair elections. There’s a very disturbing trend in the context of the British government in Zimbabwe.

“We’re seeing the inclination to align with one political party against another. That is disturbing, particularly in terms of the issue of just setting the basic standard for free and fair elections.

“Because for a long time, the British government has been emphasising norms, values – let those norms and values of free and fair elections be respected.

“That is all we want – we’re not asking for money. We’re asking for the solidarity of a global coalition for free and fair elections.” 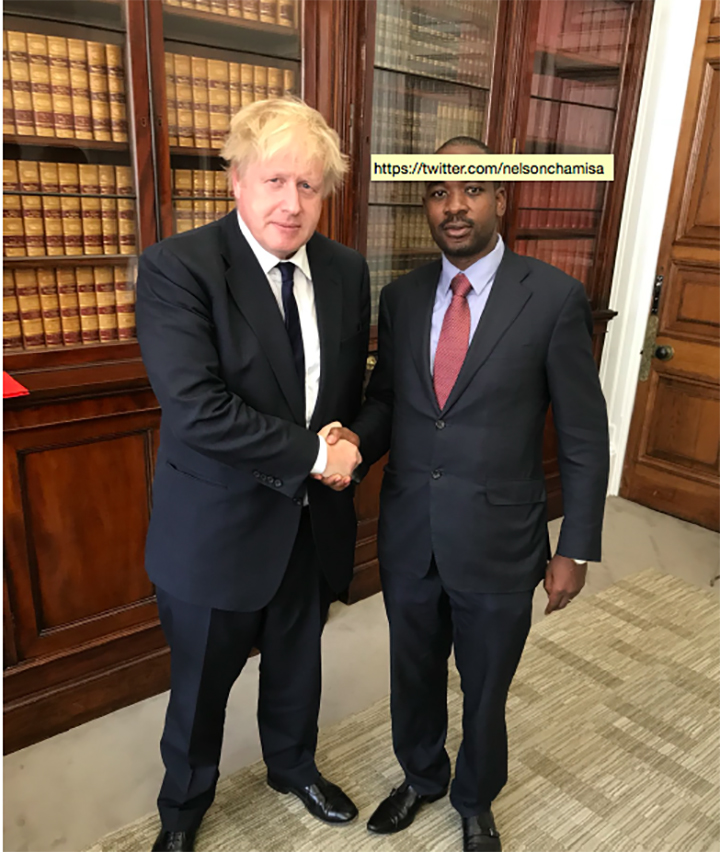