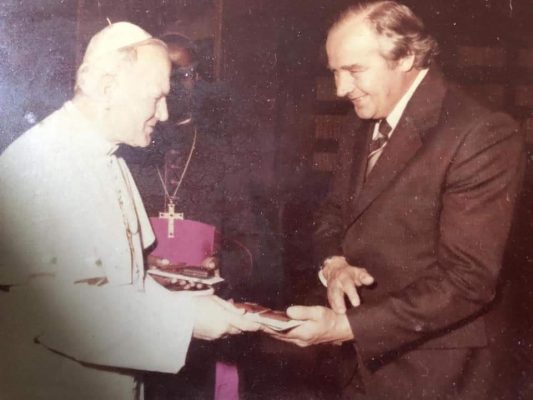 OPPOSITION leader Nelson Chamisa has expressed shock over the death of Mike Auret, the first MDC MP for Harare Central.

Auret died Friday in Ireland where he had relocated to after leaving Zimbabwe.

“I’m deeply saddened to receive news about Mike Auret’s death. We shared trenches in the struggle in the then NCA (National Constitutional Assembly) in 1999,” Chamisa said.

“Mike was elected as MDC MP for Harare Central in 2000. A gallant fighter, an indefatigable defender of human rights. A great guy. Consistent. RIP Our HERO!”

Auret once served as the chairperson of the Catholic Commission on Justice and Peace (CCJP), an organisation that documented the infamous State-sanctioned Gukurahundi massacres that saw thousands of people killed in the Matabeleland region.

He quit politics and his parliamentary seat in 2002 due to poor health.

“I am deeply saddened to report that Mike Auret died this morning in Ireland. Mike’s work in promoting human rights in both Rhodesia and Zimbabwe was unparalleled. If ever there was a true Zimbabwean hero it was Mike. Rest in Peace good friend,” said Coltart.