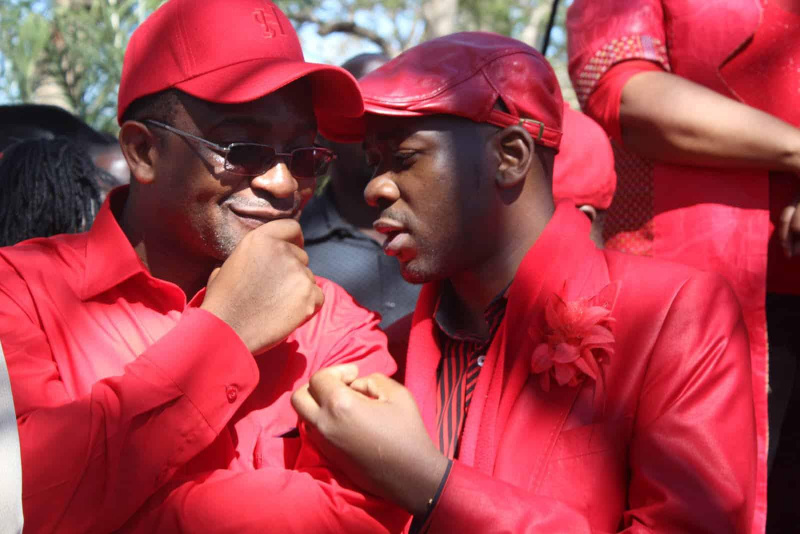 THE Zimbabwe People First (ZimPF) has accused political opponents Nelson Chamisa and Douglas Mwonzora of taking Zimbabweans for granted as the two engage in personal fights at the expense of the nation.

Chamisa is the leader of the MDC Alliance while Mwonzora fronts the MDC-T.

The two politicians accuse each other of being an illegal heir to the throne of the late MDC founding president Morgan Tsvangirai who died in 2018.

However, the ZimPF, which took part in the 2018 elections as a member of the MDC Alliance is unhappy over the continued squabbles in the rival MDC formations.

“ZimPF’s position among the MDCs is it will remain an independent party despite its allegiance to either of the MDCs as the ZimPF executive has seen how the MDC-led by Chamisa or Mwonzora has not been forthcoming in terms of alliances with other smaller opposition parties,” the ZimPF spokesperson, Stephen Mazanza said.

He said the party recently held a virtual national executive meeting and resolved there was an urgent need for the opposition parties, including fringe players, to form a grand coalition to depose the ruling Zanu PF in the 2023 harmonised elections.

“ZimPF feels the only way to dislodge Zanu PF from power is through a united front among all opposition parties.”

However, Mazanza said the ZimPF must also ready itself to field a presidential candidate, MPs and councillors should the grand scheme to coalesce around a common purpose among opposition formations fail.

“The ZimPF executive believes both the MDCs are taking the nation for granted as they are fighting personal battles than fighting for the will of the people or people’s needs first.

“ZimPF also feels the MDCs are not sincere in alliances we feel they will eventually go it alone in the 2023 election. Thus ZimPF must be ready to field its presidential candidate, MPs and councillors. But its option is to join forces to dislodge Zanu PF.

“ZimPF’s option is also to form alliances with other political parties that resonates with the people’s will and needs and be the new force or option for the electorate who have lost trust in the MDC.”

The party’s leadership also discussed plans to dispatch a delegation to lobby the European Union, African Union and SADC to push President Emmerson Mnangagwa’s government to implement socio-economic, political and electoral reforms ahead of the 2023 election.

The opposition party is also agitating for the immediate arrest of all public office bearers abusing Covid-19 funds.