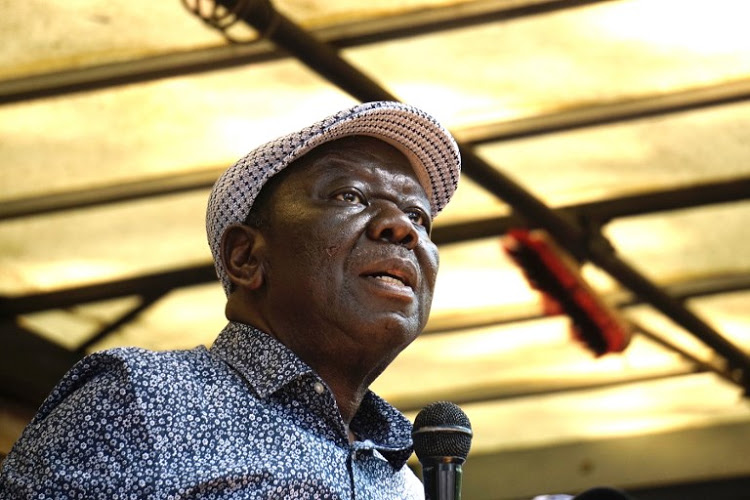 MDC-T leader Nelson Chamisa, Wednesday paid tribute to President Emmerson Mnangagwa and Parliament for the help offered to the opposition party and the family of the late former Prime Minister in the wake of his death.

Chamisa controversially railroaded part organs and swept to power hours after Tsvangirai died in South Africa triggering an internal power struggle that is threatening to tear the MDC-T apart.

But Chamisa has forged ahead, cementing his position and on Wednesday he told Parliament the party was indebted to Mnangagwa and the legislature.

“I stand here to give an important message to you Madam Speaker (acting Speaker Marble Chinomona) and the President of the country. I want to send this message related to a sad event that happened to us as a country when we lost our former Prime Minister (Morgan Tsvangirai).

“It is the way that the government handled this issue that has made me with humility stand here as leader of a party recognised by this country as the alternative government that I happen to lead,” Chamisa said to applause and laughter.

He added: “I thank especially Parliament represented by MPs all joined hands to pay homage to a man who contributed a lot to his country. We thank you for that. We (MDC-T) are a state actor and that is a fact.

“President Mnangagwa and the Vice President Chiwenga as well as other ministers like (Simon) Khaya Moyo showed as Zimbabweans we can be united as a people. That must be applauded.”

Chamisa said he hoped the show of unity following Tsvangirai’s death could translate to a new political dispensation in the country.

“We hope this will unite our people. As a leader who was given the mantle to lead, we are looking at a new political system and a new way of doing things despite our differences. Even on our important days like Defence Forces, we want to do things differently,” he said.

Zanu PF lawmaker Fortune Chasi, however, reminded Chamisa that in paying tribute to those who offered help, he needed to deal with the violence rocking the MDC-T.

“We take note of the treatment that was given to the late Tsvangirai. It is indeed gratifying that government gave him that kind of treatment. I think everyone agrees he (Tsvangirai) was a leader of note.

“I think the story would not be complete without us making reference to the violence on some of the opposition leader’s like Dr (Thokozani) Khupe. It would be amiss for this House not to abhor the violence,” said Chasi before he was drowned by heckling and jeers from MDC-T supporters but applause from Zanu PF lawmakers.

Khupe was molested by rogue party youths at Tsvangirai’s funeral before another bloody attack rocked Bulawayo last Sunday as the internal power struggle between her and Chamisa continues unabated.