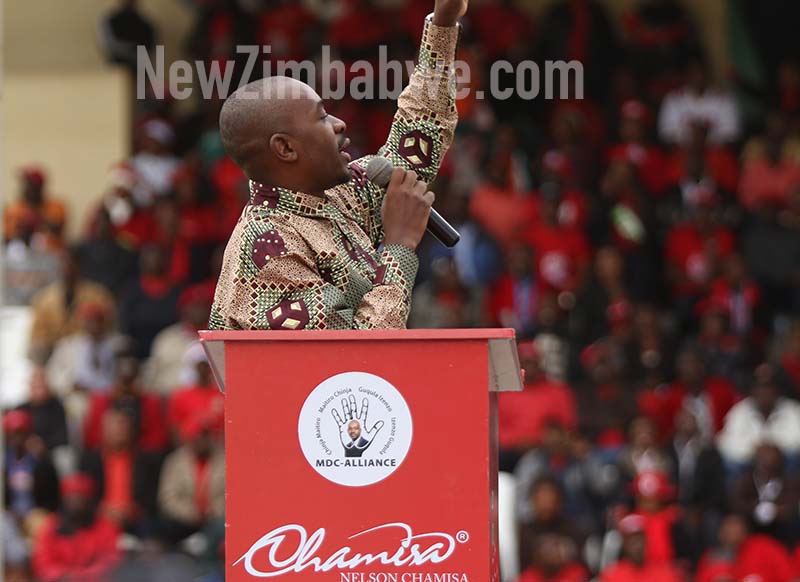 This is after the Alliance emerged with Engineer Francis Mangwendeza and Kunashe Muchemwa in the constituency after nomination last month.

Speaking at the MDC Alliance rally in Bulawayo, Chamisa gave the two candidates an ultimatum to resolve the issue or face expulsion.

“I have noticed that there are two aspiring candidates in one of the constituencies. What is happening? Listen to me, there should be one candidate only so that people are not confused. Between the two of you, with the assistance of district party officials, you must sit down and then agree on who is the legitimate candidate,” Chamisa said.

The Alliance President said anyone who was going to defy the party’s resolution was to be expelled from the MDC-T.

“Whoever resists, we will fire him from the party. We do not want rebels in the party. Everybody cannot be an MP.  All these people are supporting change,” he said.

Chamisa said he has also instructed the party’s national organising secretary, Amos Chibaya to deal with the issue.

“I am going to get the organising secretary to deal with this matter once and for all. Very soon, we will advise you who the authentic candidate is.  All those things are a child’s play.  Anybody who will try to be stubborn will be summoned to my office and be dealt with severely,” he added.

Muchemwa is already in the eye of the storm following his conviction on public violence charges recently.

A Bulawayo magistrate on Wednesday last week issued a warrant of arrest against the MP hopeful after he absconded court proceedings.

On Friday the previous week, magistrate Sithembile Ncube convicted Muchemwa and three other party activists after they were found guilty of public violence.

This was in connection with the violence that occurred at the party’s Bulawayo provincial offices in March this year.

Ncube was supposed to deliver her sentence on Wednesday last week but Muchemwa failed to turn up.

This immediately prompted the state to apply for his warrant of arrest.

Magwendeza is reportedly backed by the party’s provincial chairperson Gift Banda while Muchemwa is backed by the national youth leadership.