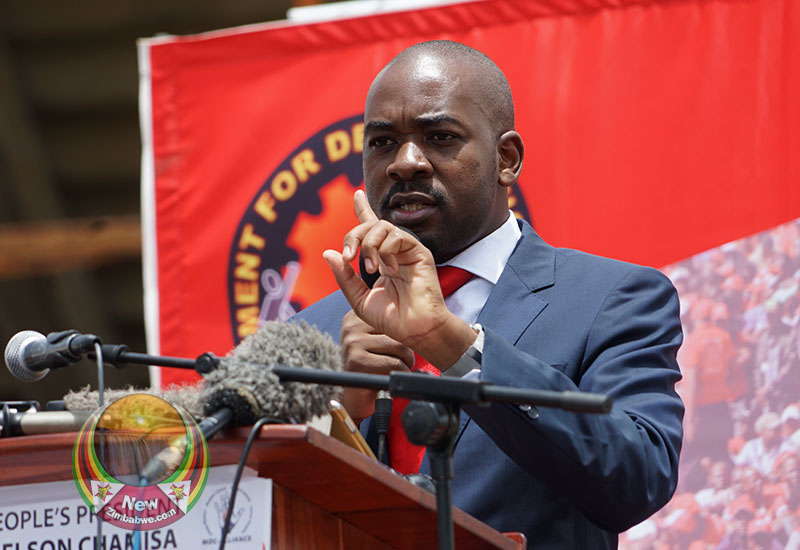 MDC leader Nelson Chamisa says President Emmerson Mnangagwa should step aside and allow him to lead an envisaged transitional authority that should take the country to the next elections in 2023.

He said this in an address to hundreds of cheering party supporters who braved the early morning chilly weather Tuesday to attend his State of the Nation (SONA) and 2020 Agenda address in Mbare, Harare.

The MDC leader also spoke about his meeting with former South African President Thabo Mbeki who was in the country late last year amid signs of the latter’s renewed interest to finding a lasting solution to Zimbabwe’s myriad challenges.

The broker of the 2009-13 coalition administration between the country’s rival parties had occasion to meet Mnangagwa and Chamisa on different occasions.

“I had a meeting with Mbeki in December where he told me I have multitudes behind me, he asked to hear my grievances.

“I told him I cannot be part of Mnangagwa’s POLAD where I will have to entertain puppies who make unnecessary noise, so I will not be going there.

“I will only go where the key political players as voted for by the people of Zimbabwe will meet to which he told me he will have to consult with Mnangagwa.

Chamisa proposed a National Transitional Authority (NTA) with him as head.

“We have proposed an NTA to fix this country. I offer myself to lead it as Mnangagwa my brother rests.”

Mnangagwa has in the past dismissed as a dream, any chances of an NTA.

Calls have continued to grow for Mnangagwa and Chamisa to stop bickering and close ranks in what is believed was the panacea to the country’s deepening economic crisis.

Added Chamisa; “I got a visit from church leaders from across the country who encouraged me to accept results of the last presidential elections and recognise Mnangagwa’s presidency.

“I told them that I cannot lie and they should instead pray I am not tempted to lie to people that Mnangagwa won that election.”

In his address Chamisa spoke of the recurrence of drought in the country and called out for help from the international community.