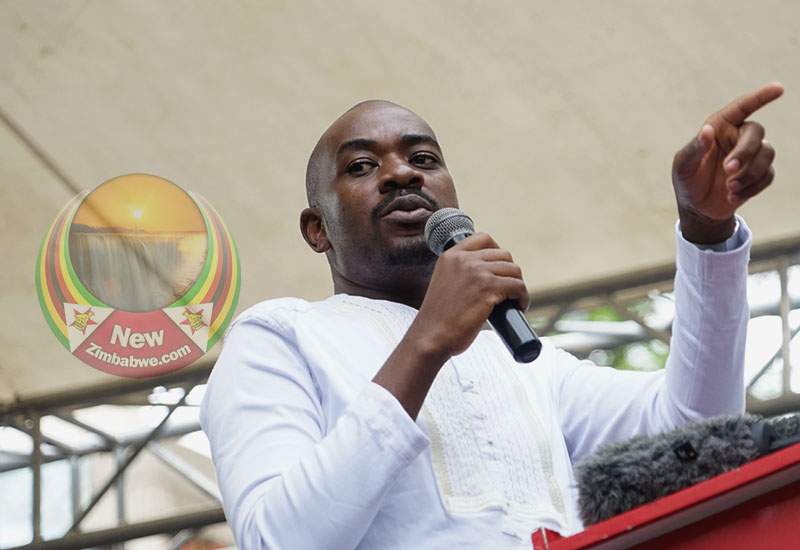 NELSON Chamisa said Sunday that he is open to being challenged at the MDC’s elective congress which is due in May and warned Zanu PF against meddling in the opposition party’s internal affairs.

The MDC is expected to hold its congress from 24-26 May, more than a year after Chamisa’s bitterly contested assumption of power after the death of founding leader Morgan Tsvangirai.

Addressing supporters at a rally in the Midlands city of Gweru Sunday, the opposition leader said all party positions were open for contest, including the presidency.

“As a party we are going for a congress,” he said.

“We are a matured, democratic and progressive party where all positions are up for contestation. That is what characterises us as a democratic party.

“The congress is a democratic process to select leadership. It is a process to strengthen the party.”

He warned the ruling Zanu PF party against interfering in the MDC’s internal affairs.

“I am telling ZANU PF not to meddle in our internal affairs. I heard them saying my term has expired; who are they to say so? Do I look like someone who has expired?”

The allegation was backed by party vice president Morgen Komichi.

“Zanu is going to give you money to influence the outcome of the congress,” Komichi claimed.

“They are working against Chamisa using party structures, but our party is not ruled by Zanu PF.

“At congress we don’t remove Chamisa a person who amassed 2,6 million votes … we are just going to endorse (him).”

Co-vice president Elias Mudzuri and secretary general Douglas Mwonzora are thought to be considering a challenge for the MDC’s leadership.

However, the key organs of the party – the youths, women and the main wing – have since declared their backing for Chamisa.

Said youth assembly secretary general Lovemore Chinoputsa; “A person who amassed 2,6 million votes (in last July’s elections) must not be contested at the congress.

“As the youth assembly, we are reaffirming our support for you president Chamisa.

“We want to assure you that you are our president.”

Chinoputsa’s acclamation was also supported by the women’s wing led by Lynnette Karenyi.

For the main wing, deputy national chairperson Tendai Biti said; “We want peace as we are going to the congress.

“We don’t want people who are going to use their money to destabilise the party during this congress.

“We are going to give full mandate to the President of the Republic of Zimbabwe Advocate Nelson Chamisa.”