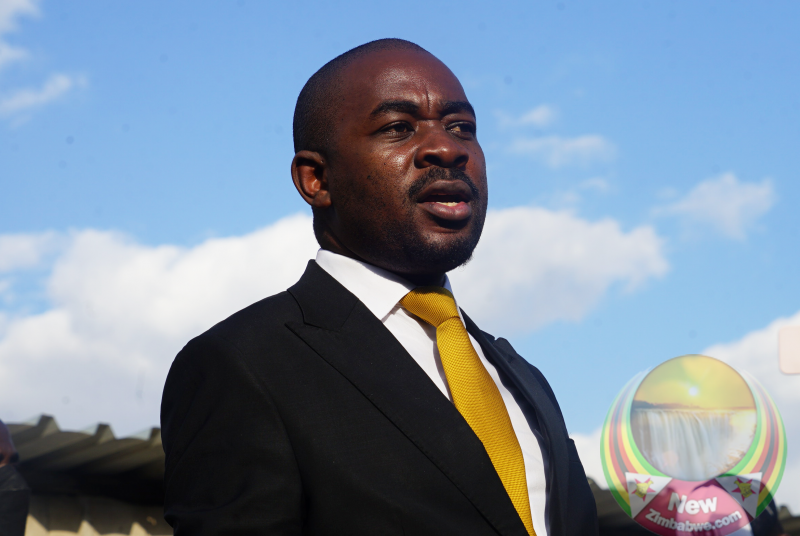 OPPOSITION Citizens Coalition for Change (CCC) leader Nelson Chamisa has mocked the Zanu PF led government for failing to roll out a contingent blueprint to deal with power outages while outlining a five-point plan to alleviate electricity crisis bedevilling the country.

Chamisa said Zimbabwe’s economy needed to be driven by clean, and sustainable energy sources that will achieve net-zero by 2050 .

Following pronouncements by the Zambezi River Authority that the country had used its share allocation of water, Zimbabwe was plunged into darkness with most locations going for 19 hours without electricity.

In a series of tweets Thursday, the CCC leader said Zimbabwe needs to pursue sustainable energy for all and to mobilise action from all sectors of society in support of three interlinked objectives to be achieved by 2027.

Part of Chamisa’s sustainable energy plan include providing universal access to modern energy services, doubling the global rate of improvement in energy efficiency and doubling the share of renewable energy in the global energy mix in Zimbabwe

According to Chamisa some of the plans to boost the energy sector will be, “To expand generation by modernising our existing power plants through life extension technologies that are smart and green by 2027.

“To provide enough project financing and investment for power generation, transmission , distribution and supply systems with an emphasis on rural development and urbanisation as well as install ethical, competent and professional human capital to run our utilities.”

“To source through the private sector the sum of US$300 million dollars that is required to modernise our grid,” said Chamisa.

1/OUR NEW GREAT ZIMBABWE ENERGY PLAN
Zimbabwe currently has a national electrification rate of 42%. While electricity has reached 83% of the urban households, rural electrification is still around 13% as per the National Energy Policy of 2012 (as per last updated stats)

Zimbabwe’s transmission infrastructure is archaic, according to the CCC leader, and part of the solutions will include allowing participation of private players in the form of independent power producers (IPPs).

“We will implement sustainable energy development based on scientific and engineering studies that will continuously launch projects for solar power, energy Internet, carbon Capture, utilisation and storage (CCUS), nuclear, energy storage, hydrogen and total electrification of our country,” added Chamisa.

Decades of lack of investment in energy infrastructure, visionary leadership, planning and corruption has resulted in the country failing to meet its daily power consumption.

Zimbabwe currently has a national electrification rate of 42 percent while electricity has reached 83 percent of the urban households, rural electrification is still around 13 percent as per last updated  National Energy Policy of 2012.

The nation’s estimated electricity demand is 2,300 MW against actual generation of below 1,100 MW.

The country has an installed capacity of about 2,300 MW, with Zimbabwe Power Company (ZPC), a generation subsidiary of ZESA, owning around 95 percent of this.

More than 50 percent of electricity is generated from hydropower power while the remainder is from thermal power plants.

“Bagasse, mini hydropower and small sized grid connected solar systems have an installed capacity of a paltry figure of less than 150MW.

“Against this background, the actual power generation capacity in 2022 averaged below 1100MW against a peak demand of about 1800MW.

He added that off-grid energy will be promoted and incentivised to make them a viable option for our Citizens government 100 percent electrification of Zimbabwe by 2035.