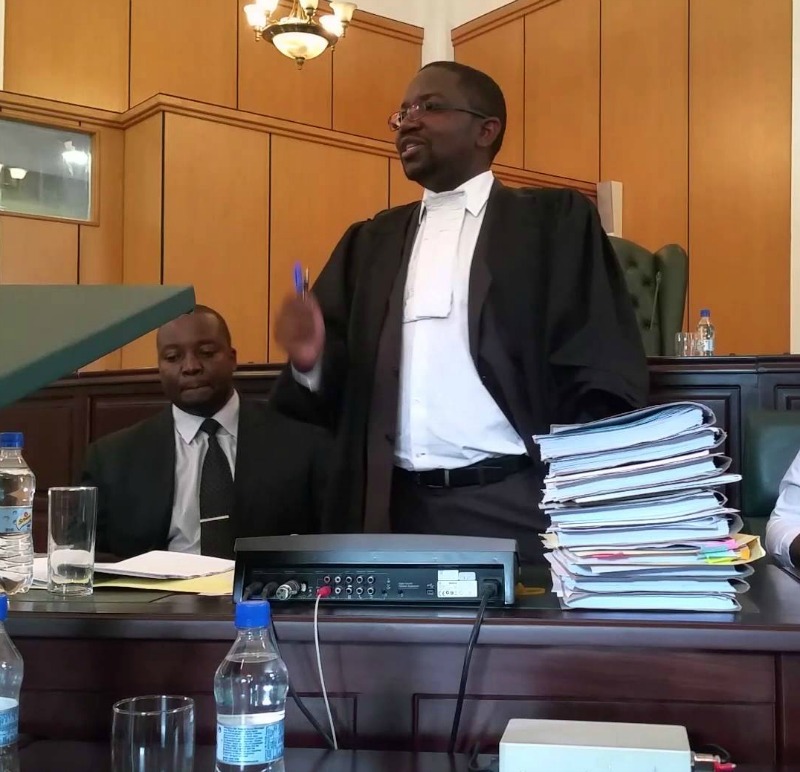 MDC Alliance presidential candidate Nelson Chamisa’s lawyer Thabani Mpofu says they have secured military assurances the presidential contender will not be blocked from taking over as state president if he wins Monday’s election.

He however hinted on the opposition taking charge of the process by insisting “power will be taken” and that “mountains” will be moved.

Mpofu, who heads the MDC-T leader’s legal team and is also advisor to him, was addressing a press conference at a local hotel in Harare Thursday.

“I come to you Zimbabwe in my capacity as the legal advisor to the incoming president (Chamisa) and the head of his legal team; I come fellow Zimbabweans to execute my and our biggest brief ever to make, for your benefit and for posterity,” Mpofu said.

“A transitional framework, one which cannot fail has also been put in place to that effect.

“I wish to assure you in my name and honour that I and our legal team are going to superintend over the imminent smooth transfer of power to the incoming President.”

Mpofu added, “The necessary assurance from the security apparatus are at hand as they exist as a matter of law.

“Power will be relinquished, power will be taken; even though mountains be moved, albeit this shall be peaceful and tranquil process.”

He refused to divulge the plans set up to ensure power transfer saying that it could not be shared publicly for fear of jeopardising the plan.

“But the answer that I am here to answer is Chamisa, the incoming president, will he be allowed to take over power by the security apparatus; yes, he will be allowed. The programme is already in place and they have assured us that the will of the people will be respected,” he said.

“So, people must go and vote knowing that their vote will be respected and protected.”

His comments come amid concerns the country’s partisan military may try to throw spanners in the wake of a possible victory by the popular opposition leader.

In 2008, then MDC-T leader Morgan Tsvangirai was blocked from assuming office when all indications suggested he had defeated then President Robert Mugabe.

The military went on to sponsor a bloodbath in which the opposition claims more than 200 of its supporters were killed with more maimed.

Prior to the episode, the military, had put out a declaration they were not going to allow any presidential election winner who did not have liberation war credentials. This was in apparent reference to Tsvangirai who did not take part in the country’s war of liberation.

Chamisa told a campaign rally in Chitungwiza Thursday that he was tougher than his predecessor and would not allow President Emmerson Mnangagwa and his deputy Constantino Chiwenga to harass him like they did to the now late former Prime Minister.

While there have been calls for the country’s military top brass to put up a public commitment they were going to respect the outcome of the election in the event of a Mnangagwa loss, there have been nothing of such.

Only the much junior Zimbabwe Defence Forces spokesperson Colonel Overson Mugwisi early this month said at a media briefing the military did not take sides in the country’s political race.