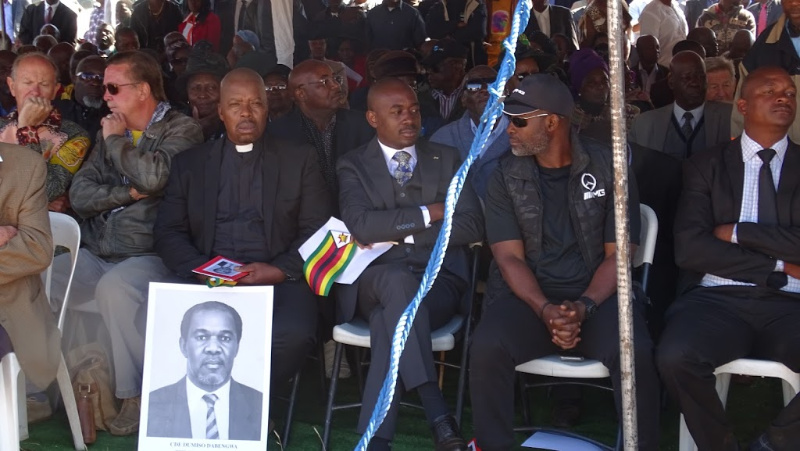 OPPOSITION MDC leader, Nelson Chamisa on Saturday, lashed out at President Emmerson Mnangagwa, for what he described as the Zanu PF leader’s decision to snub national hero Dumiso Dabengwa’s burial.

Mnangagwa declared Dabengwa a national hero but did not attend the burial at the former Zipra intelligence Supremo’s Emanxeleni rural home in Ntabazinduna in Matabeleland North.

Addressing mourners soon after Dabengwa was laid to rest, Chamisa drew parallels between Mnangagwa and South African leader Cyril Ramaphosa who he said had sent a senior official.

“Is it not a sad indictment that we have President Cyril Ramaphosa sending somebody to represent, yet we have our Vice Presidents and President not coming to honour this man,” Chamisa said to applause.

Vice President Kembo Mohadi who was reportedly mentored by Dabengwa also did not attend the event.

Chamisa added that he had been shocked by Mnangagwa and his government’s behaviour.

“I am really heartbroken that they have decided not to give the honour that is required to this man (Dumiso Dabengwa). He was a principled man.

“As you all know in this country fighting for principle can earn you ostracisation and marginalisation,” said Chamisa.

He was arrested and charged with treason in the early years of independence but was along with military commander Lookout Masuku acquitted of the charges.

Masuku was however to die chained to his hospital bed after then Zanu leader and Prime Minister Robert Mugabe refused to release the two.

On the other hand, Dabengwa was to serve as Home Affairs Minister in Mugabe’s government after then Zapu leader Joshua Nkomo agreed to a tenuous unity accord that created a united Zanu PF out of the two guerrilla movements.

Mnangagwa’s spokesperson George Charamba on Friday said the President would not attend the burial in the spirit of respecting the wishes of the Dabengwa family for privacy.

Chamisa, who claims to have been endorsed by Dabengwa before last year’s elections that he lost to Mnangagwa, said he would not rest until he fulfilled the late former Cabinet Minister’s wishes.

“Baba Dabengwa, you instructed us as a commander, we will execute your mission we will finish what you started, and we will complete the journey. You told us to bring everyone together, we will be united. We will not disappoint you,” the opposition leader told mourners.

Dabengwa died last week on Thursday in Nairobi, Kenya en-route to Zimbabwe from India where he had been rushed for medical treatment. He was 79.