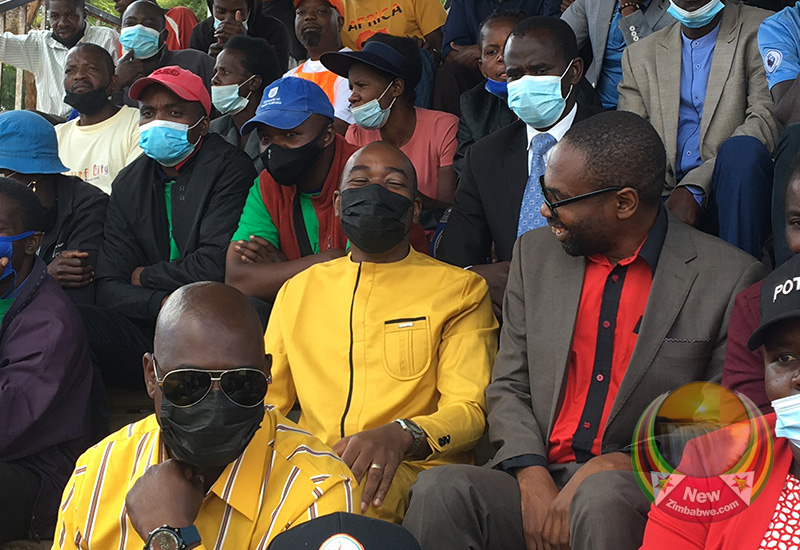 Chamisa told journalists he was simply following his own party protocol which did not allow him to sit in the VIP tent that housed the ZCTU leadership, labour minister Paul Mavima, as well as Zanu PF and MDC-T leaders, among others.

His deputy, Tendai Biti, who gave a solidarity speech on CCC’s behalf, however sat in the VIP, only leaving the tent to greet him midway proceedings and then making his way back.

“We agreed not to sit at tables which are reserved for what are said to be VIPs. We are citizens; we are their representatives and we sit where they sit,” said Chamisa.

“Where I was seated, the people told me a lot of issues, which include school fees challenges, shortage of money even to buy bread, issues to do with Zupco, their hustles in raising money for rentals and rates and how they would prefer the return of commuter omnibuses and mushikashika.”

Chamisa sat among CCC supporters who came out clad in their yellow t-shirts, overalls and hats in solidarity with him and made the greater part of the crowd.

Despite allegations the once powerful labour movement had been captured by ruling Zanu PF before last year’s crunch congress that toppled Mutasa, space had been reserved for the opposition leader within the VIP tent. 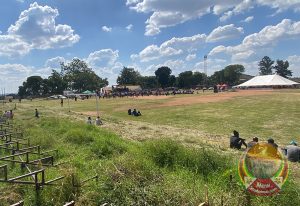 The event was a pale shadow of its former glory, with attendance filling up less than a quarter of the stadium.

In earlier years, the ZCTU would fill up the stadium, and had support from the then Morgan Tsvangirai led MDC and later the Chamisa led MDC Alliance.

ZCTU president,  Florence Taruvinga chose a cup half full approach to the situation and praised the few hundreds who made it.

“Even if workers had wanted to come here, I did not see any Zupco bus ferrying them to this venue. It would not have been possible for them to walk to this place on hungry stomachs,” said Taruvinga.

“We have to appreciate those who are here because they have sacrificed a lot to be here.”