MUTOKO: MDC Alliance president Nelson Chamisa said Friday President Emmerson Mnangagwa and his deputy, Constantino Chiwenga should not delight in the elimination of rivals as they will one day meet their own deaths.

He was speaking at the burial in Mutoko, of late MDC Alliance national executive member and a human rights activist Patson Dzamara.

Dzamara died Wednesday in Harare after battling colon cancer for some time and was buried at his rural home in Nyamakosi Village.

“If that is the case, why then do you cause the death of other people? Youths please stop being used by party leaders, live peacefully among yourselves despite your political differences,” Chamisa told mourners.

Meanwhile, Chamisa, who was main speaker at the funeral, was pleased after finding out some local traditional leaders had attended the burial.

Traditional leaders have in the past been accused of being partisan and denying MDC supporters in rural areas government food aid and other benefits.

The burial was a rare gathering of thousands of people from across the political divide, civil society, and local villagers.

“Slogans encouraging violence should not be chanted anywhere. Party supporters should not be encouraged to be violent against those that disagree with you, this should stop,” Chamisa reprimanded his youths.

“We do not want violence in the MDC. Zanu PF is a violent party, listen to their slogans pasi nanhingi ‘down with’. You cannot replace darkness with darkness, we don’t want that, that should stop. I do not want to hear these slogans for as long as I am the MDC Alliance leader.” 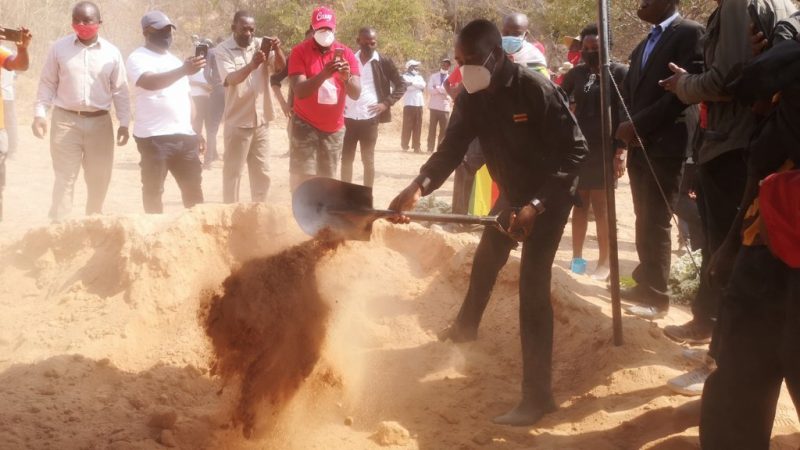 Chamisa told the Dzamara family to only find closure after people responsible for Patson’s death were held to account for the acts.

The opposition leader hinted Dzamara died due to poisoning during his numerous arrests as he demanded the government to account for the whereabouts of his elder brother, Itai Dzamara.

Itai, a pro-democracy activist-cum-journalist, went missing in Glen View, Harare in 2015 and since then, his whereabouts remain unknown.

“To the Dzamara family, you must not find closure until those responsible for your sons’ misfortune are made to account for their deeds. One of the most difficult things in life as a parent is to have your two children being murdered with no closure at the end of the day.

“No parent should bury such young lives. You cannot rule this country by shedding blood continuously. Dzamara’s spirit will not rest and I want to warn those who killed him, they will meet their fate.