At crossroads...Nelson Chamisa
Spread This News

TAPERA SENGWENI, lawyer for an MDC activist who initiated a court process that invalidated Nelson Chamisa’s position as MDC leader, has dared the 41-year-old politician to proceed with his planned congress, against a court ruling which pronounced otherwise.

He was speaking in an exclusive interview with NewZimbabwe.com as the main opposition insists it was going ahead with the elective process inspite of a High Court decision that ordered the party to revert to its 2014 structures and call for an extra-ordinary congress to choose a new leadership.

“The court has the final say. Whether you are the president, first lady, whether you were chosen, appointed yourself or chosen by a standing committee or standing council, when the judgment comes, the law of the land expects you to respect it,” said Sengweni.

MDC has been thrown into a quandary by the court ruling amid uncertainty on whether it was indeed going ahead with its Gweru congress or its leaders were merely posturing.

The beleaguered main opposition insists its internal processes, the choosing of leaders included, were not a court but a party function that should be resolved by those who hold membership to the volunteer group.

Chamisa, who until the court ruling, was the only MDC leadership aspirant guaranteed of his job, is being accused of stampeding his co-vice presidents, then, to the job of MDC president.

Chamisa claimed he had been appointed as acting VP by Tsvangirai. He later railroaded party organs to confirm him as acting president until such a time the party held its elective congress.

In his comments, Elias Mashavira’s lawyer insisted Chamisa was a qualified lawyer who should know better about the hazards of defying court decisions.

“The MDC is a party full of lawyers, you would expect legal counsel to lead the way.

“For someone to jump onto a podium and announce that ‘I am now the president’, one day by twitter and the next day by national council resolutions is simply risky and the risk has now happened,” Sengweni said. 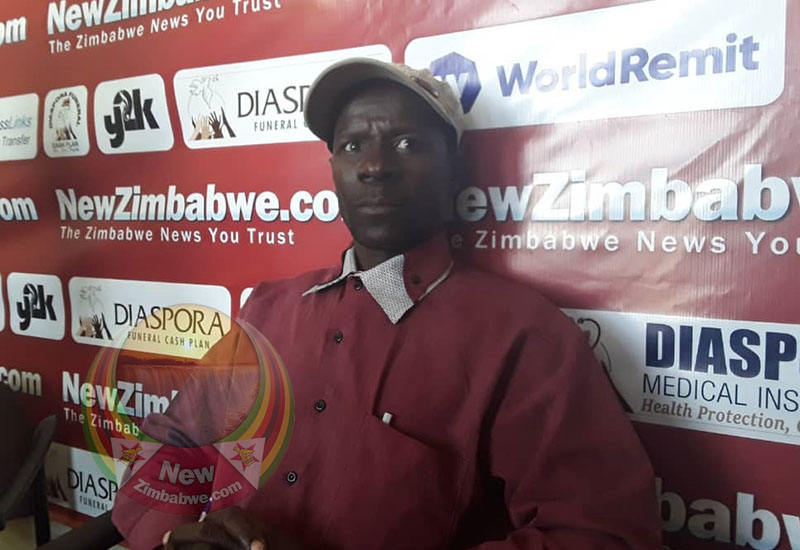 Elias Mashavira, the man behind the court challenge.

Sengweni, who is also an MDC activist, said if at all Chamisa was an indispensable party leader as suggested by those against the court decision, he must simply comply with the court’s decision and prove himself in a proper election.

Added Sengweni, “I go back to statements thrown around that Mr. Chamisa is popular. If he is popular generally, let us then accept that he will be elected by anyone. He does not have to create new structures.

“Let us go to congress with those delegates (2014 delegates).

“If you were following the recent madness around the country, you will appreciate that less than one percent of the previous structures retained their positions because they (MDC) are deliberately creating new structures.”

The MDC leadership kerfuffle was ignited by a 2016 decision by Tsvangirai to appoint Chamisa and Elias Mudzuri as co-VPs, joining Thokozani Khupe who was elected to the job in 2014.

The recent court decision by Justice Edith Mushore rendered as null and void, the appointments.

Justice Mushore also invalidated all decisions that were made by Chamisa since his chaotic takeover of the party 2018.

Chamisa has since turned back to his lawyer Thabani Mpofu to help file a court challenge while Khupe, who insists she was legitimate MDC acting president, has engaged Lovemore Madhuku to handle her case.