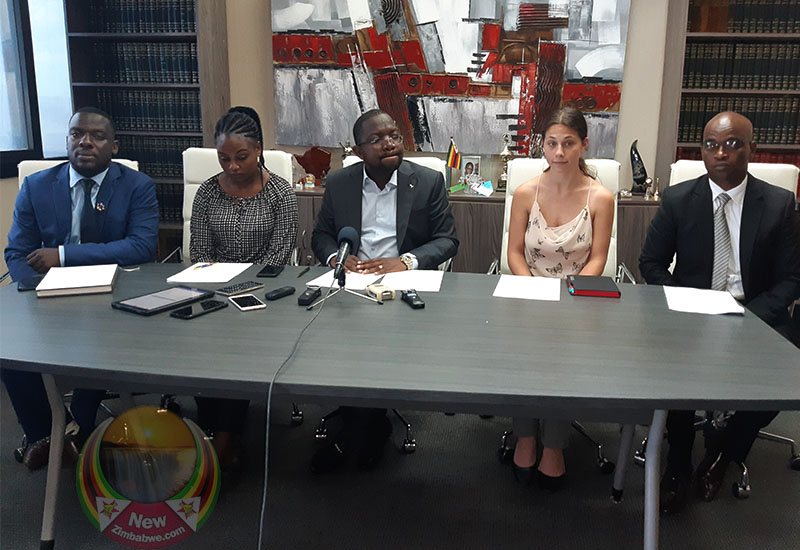 The opposition chief said while delivering the MDC’s Agenda 2020 blueprint earlier this week he was out to weed out rampant corruption within party ranks.

Addressing the media in Harare Friday, Mpofu, who leads the so-christened Accountability and Integrity Panel (AIP), said the mandate of the team was to investigate corrupt MDC councils and other office holders in the party.

He said they will soon be analysing contracts entered into by the Harare City Council and other service providers.

“For this purpose, we will, in the coming weeks, turn our attention to the city of Harare,” Mpofu said.

“We intend to deal in the first instance with all the contracts, running and unclosed contracts to which the city of Harare is part.”

He continued, “…The identities of the contractors, numbers by value both in USD terms and local dollar terms of the amounts involved in those contracts, the manner those contracts were awarded and the efficiency with which they are being performed including the standard of work involved by the relevant parties of their contractual obligations, the commercial sensitivities relating to those contracts and in particular as to whether there is a fair exchange of values, whether the people of Harare are receiving the benefits of those contracts and any other pertinent issues that may conduce to the discharge of our mandate.

“The work of the panel is not limited or circumscribed to local authorities; it cuts across the whole structure of the institution and deals with government at different and diverse levels.

“Our duties and responsibilities shall be studiously executed without fear or favour and no sacred stone will be left unturned, not on a witch hunt but only seek to clean up the governance structures of impediments to proper effective delivery of services.”

The MDC lawyer invited the public to interact and share information with the panel which can help in making sure there is accountability and integrity in the unprecedented exercise.

“The panel will be interacting on a more regular basis with members of the public going forward,” he said.

“Two dedicated phones and Whatsapp lines and a twitter handles have been provided and members of the public can exchange with the panel, information that can be of assistance in the operations.

“During this period of operation, we will audit and investigate. Public hearings will also be held…”

MDC intends to share its findings with state anti-corruption institutions at a later stage and if nothing is done by the prosecuting organisations, it will try other ways to bring justice against the culprits.

“The panel is not averse to cooperation and does not play monopoly in the areas of accountability and efficiency and it works within a constitutional set-up where there are laws which establish the institutions.

“If nothing is done, the panel has legal ways of ensuring that there can be prosecution outside the Zimbabwe Republic Police (ZRP) and outside Prosecutor General’s office.

“We have legal instruments that are at our disposal and that will ensure at the end of day we do not become toothless bull dogs and that’s our thunder strike.”

The MDC has seen past attempts to punish its offending officials frustrated by the Zanu PF led central government with the culprits ending up being co-opted by local government ministers to advance the interests of the ruling party.

A case in point was that of then Harare deputy mayor Sekesai Makwavarara who was in 2003 appointed as acting mayor following the forced deposition of Elias Mudzuri by the national government.

After the MDC launched a probe which identified her as being corrupt, she rejoined Zanu PF, a party she had abandoned before forming the main opposition.

She was later appointed to head a commission which ran the affairs of Harare.