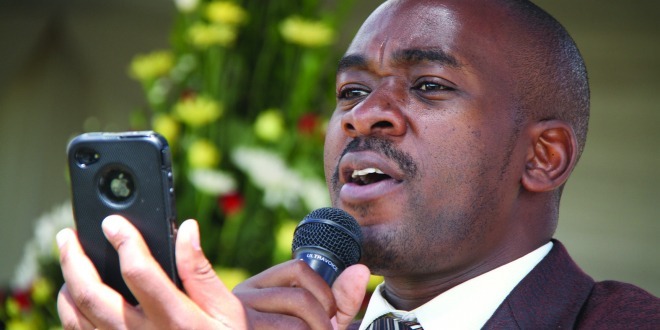 MDC Alliance presidential candidate Nelson Chamisa will, beginning this week, start holding “online rallies” as part of the movement’s strategy to stay in touch with its supporters ahead of a make-or-break election a few months from now.

According to MDC-T presidential spokesperson and communications director, Luke Tamborinyoka, Chamisa’s platform, titled “Road to Victory (R2V)”, will contain a weekly message from his boss.

“The people’s president Adv. Nelson Chamisa this week unveils new and exciting interactive platforms to share ideas and his vision for the imminent new Zimbabwe that sets in after the watershed forthcoming plebiscite.

“Tomorrow (Tuesday), the people’s president launches a weekly series dubbed Road to Victory (R2V): Nelson Chamisa on Tuesday to be released every Tuesday,” Tamborinyoka said in a statement Monday.

Tamborinyoka said the series will be a personal weekly message “that focuses on the president’s vision, thought leadership, policies and ideas that will underpin the new Zimbabwe under his leadership”.

“The series will also give insights and highlights of the journey, the ups and downs, the ins and outs as the people of Zimbabwe brace to make history by voting for real change and total transformation in the forthcoming polls,” he said.

“Further, between 7 and 8 pm every Monday, president Chamisa will be commencing Road to Victory (R2V) e-rallies; a suave online and digital platform that will enable those who cannot make it to rallies to engage with him on policy and other issues.

“This will be in the form of a video posted on his interactive online platforms where he will be engaging Zimbabweans on a multiplicity of issues,” the statement said.

“Through these innovative platforms, president Chamisa will ensure that he continues to engage fellow citizens on diverse issues affecting our beloved motherland, Zimbabwe.”

Chamisa has hit the ground running with a series of high-octane rallies across the country including in parts of Zimbabwe hitherto referred to as MDC-T “no-go areas” like Mashonaland East and Central a move that may have rocked the foundations of the ruling Zanu PF.

Running under the theme #Generationalconsensus, Chamisa has anchored his campaign on wooing to the electoral booth the youth vote forcing Zanu PF to come up with its own #EDHasMyVote campaign.

The Zanu PF leader, early this month, pleaded with his party’s youths to “fight the opposition on social media” as the fight for Zimbabwe began in earnest.

It is the first time in almost two decades that an election in Zimbabwe will be held without the late MDC-T founding leader Morgan Tsvangirai and Zanu PF’s Robert Mugabe.

Mugabe was forced out last November after a military coup paved the way for Mnangagwa to take power. Tsvangirai died last month after a long battle with cancer.