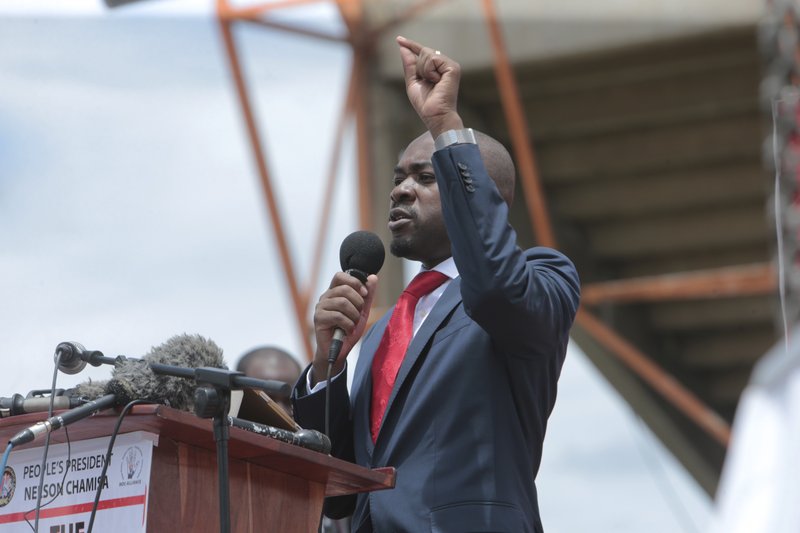 Zimbabwe’s main opposition leader said Tuesday he will roll out anti-government street protests this year, declaring that the collapsing economy will improve only if political issues, including a long-disputed election, are resolved.

Nelson Chamisa told hundreds of Movement for Democratic Change party supporters in the capital, Harare, that he will use the protests to push for a ”transitional authority” to run the southern African nation until credible elections are held.

“This year is going to be a year of demonstrations and action,” he said to cheers. “It is time to fight for a Zimbabwe we all want, and have been dreaming of. Come what may, we will not be intimidated.”

President Emmerson Mnangagwa, a former Mugabe protege, has said Chamisa should accept the election results, but the opposition leader still asserts the vote was rigged even though the constitutional court threw out his legal challenge.

Police were uncharacteristically absent at Tuesday’s rally, although officers mounted roadblocks on roads leading into downtown and circulated with loudspeakers shouting: “Don’t be used, please go to work.”

Local churches have failed to bring Mnangagwa and Chamisa to the negotiating table, while former South African president Thabo Mbeki, with the support of the regional Southern African Development Community, visited Zimbabwe late last year to push for dialogue.

The economy has continued to deteriorate, erasing hopes of improved fortunes that greeted the fall of Mugabe in 2017.

At the rally on Tuesday, his first this year, Chamisa said the military, which led the coup against Mugabe and continues to hold significant influence in political matters, should take part in any future dialogue.