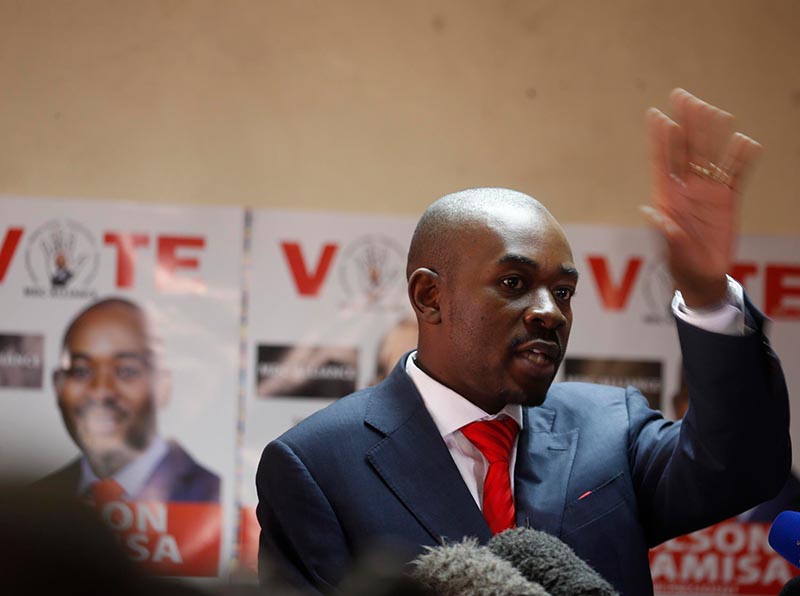 Addressing thousands of MDC Alliance supporters who thronged his penultimate campaign rally in Bindura’s Chipadze Stadium Friday, Chamisa promised to issue title deeds to farmers who benefitted from the process.

“As it stands, those who benefited have not settled yet. You are still squatters,” said the opposition presidential contender.

He followed up the programme with the issuance of 99-year leases to beneficiaries, but these do not guarantee security of tenure.

The Zanu PF led government has failed to heed calls to issue the new land owners with the more bankable title deeds.

In his rally address, Chamisa said there was nothing to inspire confidence the new farmers will remain owners of the land in the absence of security of tenure.

He also denied claims his government planned to repossess land seen by many as Mugabe’s one time patronage tool.

“You have been threatened that if Chamisa wins, you will lose your farms, but I say there is no reverse on land reform.

“Instead, we will move from land reform to agrarian reform to make sure we are now building he economy, market and infrastructure for all farmers. Government services must be available to citizens.

“They gave you 99-year leases; but we are giving you title deeds, a permanent settlement wherever you want, and you will stay forever.

“I’m not foolish to an extent that I will reverse what our liberators fought for,” he said.

The young presidential contender said his government will scrap the bond note which he said was “fiction” currency which was being abused by the connected to cause economic havoc.

He pledged to restore the US dollar onto the formal system adding that farmers would be paid in hard currency.

“We are saying bond notes should go because it’s a fiction of a currency. It’s causing rent seeking behaviour. Bond is not money, but it is now being used by the bosses to steal from people.

“If you are a tobacco or cotton farmer, be happy because we are not going to copy their wicked behaviour, that when one grows their tobacco and sells it, they give you bond notes and they sell your product in US dollars which they pocket for their benefit.

“You will sell your tobacco in US currency and get your money in the same currency,” he said.

While Chamisa made the pledges over land security, he however did not speak about any prospects of parcelling out land to his supporters who missed out on the empowerment programme.