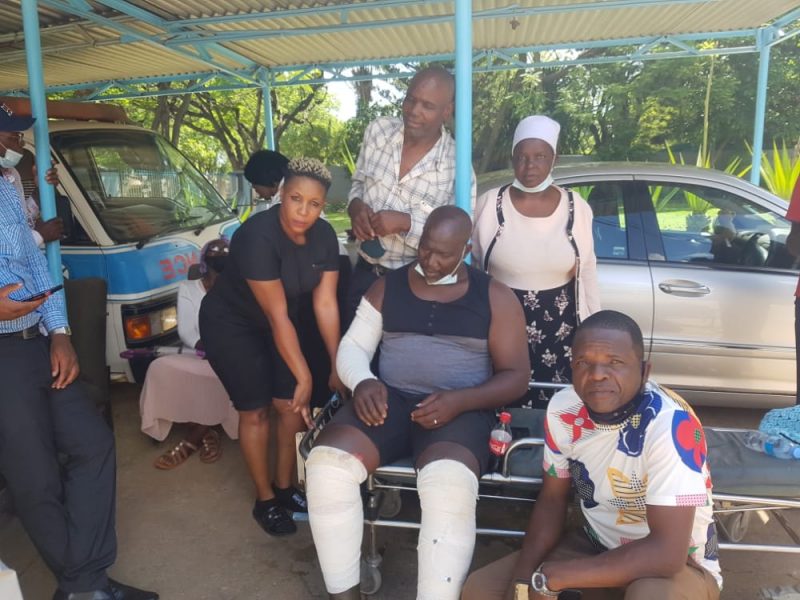 THE MDC Alliance Mashonaland West leadership Monday paid a visit to Sirizani Butau, the man who has made headlines last week after saving eight people trapped in a burning bus following an accident along the Harare-Mutare highway.

Butau sustained multiple burns on his hands and legs and is receiving treatment at Kadoma General Hospital after being transferred from a Mutare medical institution.

“The MDC felt indebted to the bus disaster hero for risking his own life to save eight people who were starring death in that inferno,” Magunje said.

“We managed to mobilise foodstuffs and we will contribute monetarily on his road towards full recovery. He deserves our attention.”

Zimbabweans took to various social media platforms to express their gratitude to Butau, with general consensus the government must recognise his selfless sacrifice to save others.

Said Zivhu: “This guy deserves a house or a stand not just a badge, he will take a long time to heal and will be unable to fend for his family as a result of the burns.

“Politicians, this guy saved lives, no cheap politics please. If you fail, I will see what to do because his bravery touched me.”

The tragic road traffic accident occurred a few kilometres outside the eastern border city last week where five people died, while over 50 others were injured.

The crash involved a Beta bus and a fuel tanker.