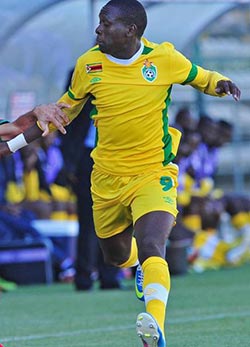 WARRIORS COACH Ian Gorowa will lead his charges in their next game at the African Nations Championship buoyed by the 0-0 draw to Morocco draw on Sunday.
On Thursday Zimbabwe take on Uganda before winding up their group B campaign with a tie against Burkina Faso next Monday.
Gorowa, returning to the Mother City where he served as both a player and a coach for Cape Town Spurs and Ajax Cape Town, had identified Morocco as the toughest opponent in Group B and his priority had been not to lose.
But after Zimbabwe struck the woodwork once and squandered a number of golden opportunities, they now know they have the ability to beat the Moroccans and should be able to gain the better of their other Group B rivals.
“We could have snatched it at the end but I’m proud of my boys,” said the former Moroka Swallows and Mamelodi Sundowns coach.
“This is a morale-booster for us; we can only get better.”
Group B has added interest for the locals because, if Bafana Bafana finish in the top two in Group A, they will then play one of the top two in Group B in the quarterfinals in Cape Town.
Uganda are top of the Group B standings after beating Burkina Faso 2-1. Their next meeting is with Zimbabwe should indicate just where the Warriors stand in the contest.
“We hope to build on our momentum,” said Gorowa.
“The first game in the tournament will always come with nerves for the players but now that is out of the way, we can look forward with confidence to meeting Uganda, which will be another tough match.”
Morocco were widely lauded as Chan favourites as their champion club Raja Casablanca last month made it all the way to the Club World Cup finals.
Warriors’ Group matches
Zimbabwe vs Uganda, (Thursday, 16 Jan. 2014, 1700hrs) Athlone Stadium, Cape Town
Burkina Faso vs Zimbabwe, (Monday, 20 Jan. 2014, 1900hrs) Athlone Stadium, Cape Town
Advertisement