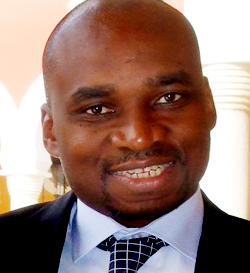 KINGDOM Financial Holdings founder Nigel Chanakira will receive US$12 million after selling his 30 percent interest in the financial services group to Mauritius-based banking group.
The Kingdom was renamed AfrAsia Zimbabwe Holdings after AfrAsia Bank moved in to help recapitalise the group.
Under the cash and equity swap deal Chanakira will exit the local unit but taking over AfrAsia’s 35,7 percent interest in Botswana-based Kingdom Bank Africa.
The banker will also step down as director of all AfrAsia Kingdom Holdings Limited and its associated units but keep hold of the “Kingdom” trademark from AKZL.
AfrAsia will immediately provide US$10 million liquidity support to the local bank and also raise US$20 million in additional capital.
“The total consideration payable by the company comprises US$2,5 million cash and the balance through cessation of certain claims against loan debtors and related security assets held by Kingdom Bank Limited (KBL),” said AKZL.
Initially, AfrAsia held a 35 percent stake in the local bank which was acquired in January last year for about $9,5 million.
Chanakira said the decision to sell his stake was a difficult one but he had decided to exit AKZL after considering his obligations in relation to the liquidity and capital requirements of the group as a whole.
He said was persuaded by new and emerging opportunities that have been created in the financial services sector to pursue interests outside AZKL such as private equity investment.
“I have particularly been delighted to have been part of this Group which has and continues to be a respected player in the financial sector in Zimbabwe,” he said.
“However, in life sometimes one is confronted with major decisions that shape your future, and for me, this is that one moment.
“I will remain invested in the financial services sector through Botswana based Kingdom Bank Africa Limited and will be exploring opportunities in Zimbabwe and the region.”Advertisement