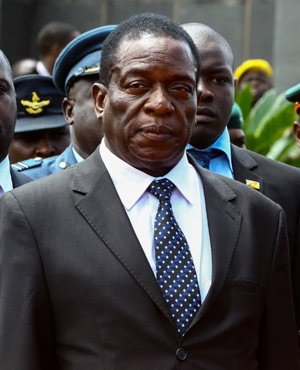 EMMERSON Mnangagwa, who took over as the President of Zimbabwe on November 24 following the 37-year rule of Robert Mugabe came to an end, faces formidable challenges. After Mugabe he will have to deliver tangible political and economic dividends to a nation often frozen between stasis and change.
There is consensus that Mnangagwa can deliver on his promises to revive the economy, but doubts remain about him as a political reformer. Sceptics insist that he is not just part of the system: he is the system. They worry, too, about his use of the phrase ‘pasi nemhandu’ (down with enemies) in his homecoming speech on November 22. Critics are concerned that the world has mistaken an elite transfer of power for a national revolution, and that the ‘powerocracy’ of patronage will not change fundamentally.
Mnangagwa’s first presidential speech was widely acclaimed, however. He acknowledged Mugabe, and admitted past ‘mistakes’. He promised reconciliation, jobs and economic reform, security of investment, democracy and global re-engagement as the foundations of his policy. Surveys following his speech have shown that 50 to 60 per cent of Zimbabweans trust him to deliver on these promises. This is a useful social base. Yet Mnangagwa still faces a crisis of expectations: he has the political capital to deliver change, but must strike a balance in addressing the country’s problems between the party, the people and a global approach.
Mnangagwa also faces the challenge of unifying the ruling ZANU-PF party. Mugabe may yet come to play a sekuru
(elder statesman) role in that regard. The military and war veterans have restored their primacy in ZANU-PF, but Mnangagwa will need to include the younger generation − the Youth and Women’s League supported by Grace Mugabe − as the party regroups.
Mnangagwa’s invitation to Morgan Tsvangirai, a leading opposition figure, and others to attend the inauguration was an important goodwill gesture. However, there was some disappointment that while Mnangagwa reached out to his key constituencies and included military and war veterans in his cabinet, he did not include the opposition. Nevertheless, there are some positives: the cabinet includes technocrats in charge of the key development education and finance portfolios; it is a predominantly civilian, rather than a military cabinet; and Mnangagwa has had to make his choices within the constraints of constitutional limits to the number of non-MP’s he could appoint. Advertisement