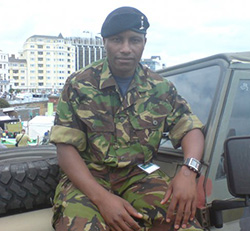 THERE seems no end to the bad news coming out of Libya.
UN-led negotiations to unite the divided country — it has two parliaments, two governments, two militia coalitions that have been competing for control of a rapidly failing state since summer 2014 — are stalling. Fighting continues apace in Benghazi, the city that was the first to rebel against the rule of Muammar al-Gaddafi in 2011 and is now a byword for extremism. The Islamic State is growing by the day in the Gulf of Sirte in the center of the country, imposing its cruel dictates and making inroads elsewhere in the country. Criminal gangs – often the same militias that have had the run of the country since Gaddafi’s fall – are doing a brisk trade in people smuggling, sending off desperate migrants and refugees on rickety boats across the Mediterranean.
Oh, and by the way, Libya is also going broke.
That last tidbit should be surprising. Libya has Africa’s largest oil reserves and has long been an important supplier of light sweet crude, the kind made into gasoline and kerosene. It also had tons of money in both hoards of cash reserves and investments across the globe.
But the oil, which used to bring in 96 percent of the country’s income, is not flowing anymore. From a high of at least 1.6 million barrels per day at the beginning of 2011, Libya is lucky to export a fourth of that today. Militias have taken control of oil fields, pipelines and export facilities across the country. At first, they sought to extort the central government to keep the oil flowing. But since the country was divided into two rival governments, they are simply fighting to keep oil revenue from each other: you take over my oilfield, I block your pipeline. Since earlier this year, IS has jumped into the fray, simply destroying facilities to keep any government from getting its revenues — although, in the longer term, it may very well want to control the oil itself.
The little oil that still flows out of the country is worth a lot less than it was a year ago, due to falling international prices. Much less revenue is flowing into state coffers, which have been ransacked by profligate spending, corruption and outright theft over the past three years. From over $110 billion in 2013, hard-currency reserves have gone down to an estimated $60 billion – not that anybody seems to know for sure. The assets of the Libyan Investment Authority, the sovereign wealth fund that owns shares in businesses (including the Italian football club Juventus) and real estate across Europe, are being fought over in courts by the rival governments.Advertisement

Those two governments – one in Tripoli, Islamist-leaning and supported by Qatar and Turkey; another in Tobruk, backed by Egypt and the United Arab Emirates – are also fighting for control of the remaining cash cows: the Central Bank of Libya, which holds the reserves, and the National Oil Company, which sells the oil and gas that is still being produced. Inasmuch as Libya still has a state, these two institutions are among the few remaining centers of technocratic know-how, and they are being torn apart. They have only survived thus far because they continue to finance both governments — including the salaries of the militiamen holding them hostage — but time is not on their side. Attempts to sell oil outside these official channels have been foiled so far, but the more messy the situation in Libya gets, the more likely these will one day succeed.
There are no easy solutions to this situation. If you stop paying the militias, they will become even more predatory. The international community is not inclined to do so, but if it were simply to seize Libya’s assets or impose an oil embargo in order to impose a peace deal, economic collapse would likely ensue. The only way out is to persuade those fighting for control of Libya’s wealth that their prize is dwindling fast and that they are better off finding a way to share it. On the current trajectory, they risk their country becoming a fully failed state, in which case they will also have to fight the Islamic State and perhaps some of Libya’s neighbors for the rich pickings of its resource wealth.
Many of the thuwwar (rebels) of 2011 have turned out to be gangsters no less brutal and corrupt than the thuggish regime they overthrew. But there are still decent Libyan patriots on both sides who can make peace and lead their fellow citizens out of a certain economic disaster that is likely to be far more deadly than the current conflict. Libya needs cash to import nearly all basic goods. Shortages are already making life difficult for ordinary people, on top of the general insecurity.
The initial step is recognizing that Libya’s civil war is only secondarily about ideology, religion or rival claims of legitimacy. First and foremost, it is about who will control the country’s oil and petrodollars. That is what Libyans and outside actors like the UN that are trying to bring peace need to focus on, so that oil and gas can start flowing again, the economy can be stabilized, and a unity government can turn to the urgent task of restoring security, fighting the Islamic State and other radicals, and building the new Libya so many were hoping for in 2011.