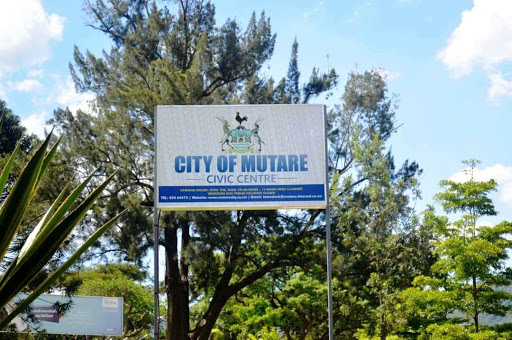 AS turmoil continues at Mutare City Council (MCC) following the death of town clerk Joshua Maligwa early this year, residents have demanded the local authority to hastily recruit someone who will fill his position.

In a letter directed to Mutare Mayor Blessing Tandi seen by NewZimbabwe.com Wednesay, United Mutare Residents and Ratepayers Trust (UMRRT) demanded accountability and transparency from council as enshrined in section 264 and 265 of Zimbabwe’s constitution.

“We have learnt with great concern the sad developments happening at Town House. The issues which have come to our attention are that there is a serious fight over control of council affairs between councillors and senior management,” UMMRT’s letter reads.

“These (fights) have resulted in council losing millions of dollars in ratepayer’s money over the cancelled trips and interviews for the office of the town clerk which is now a long overdue appointment,” it reads.

UMMRT director Edson Dube told NewZimbabwe.com there is unmitigated chaos at MCC the town clerk and most directors and managers are working in acting capacities.

“There are deadly divisions, factionalism, accusations and counter-accusations at council. There is serious pilferage of ratepayer’s money at council due to these factional fights,” Dube said.

He added: “Off late, TC interviews which were scheduled to be held at a local hotel were cancelled and council lost over half a million dollars because of bookings. We cannot continue to waste ratepayer’s money because someone wants to perpetuate a situation whereby, they will benefit illegally.”

“We urgently need a substantive town clerk, substantive managers and officers, not those in acting capacities as they are vulnerable to manipulation and abuse. The mayor and his deputy must stop their fights because the city may not be hold at ransom due to factionalism. Service delivery has continued to go down over the past three months due to these unnecessary bickering,” said Dube.

Athony Mutara was appointed as acting town clerk following the death of Malingwa but was forced to resign due to abuse of office allegations.

However, deputy mayor Farai Bhiza reinstated Mutetwa whilst Tandi was away for a meeting in Bulawayo.

Asked whether the suspension of acting Mutetwa was not aimed at settling personal scores, Tandi claimed the process was above board.

“Everything that I was doing was in the spirit of a council resolution. I don’t have any ulterior motives in the recruitment of town clerk. I am only implanting a resolution to appoint a substantive town clerk. If a town clerk commits any offence, he or she will face the consequences under the confines of Urban Council’s Act,” Tandi said.

“To his wisdom the deputy mayor chose to reinstate the suspended town clerk verbally and not according to the confines of procedures. This verbal directive sparked a lot of confusion since it was not in black and white,” said Tandi.

But deputy mayor Farai Bhiza fired back at Tandi saying the suspension of Mutetwa and appointment of finance director blessing Chafesuka as acting town Ccerk was not in line with the tenets of good corporate governance.

“The mayor created chaos by creating two centres of power at the expense of service delivery and residents. I rescinded the mayor’s decision to suspend Mutetwa because it ran afoul with the Labour Act which promulgates that council cannot establish a new contract without cancelling the current one,” Bhiza said.