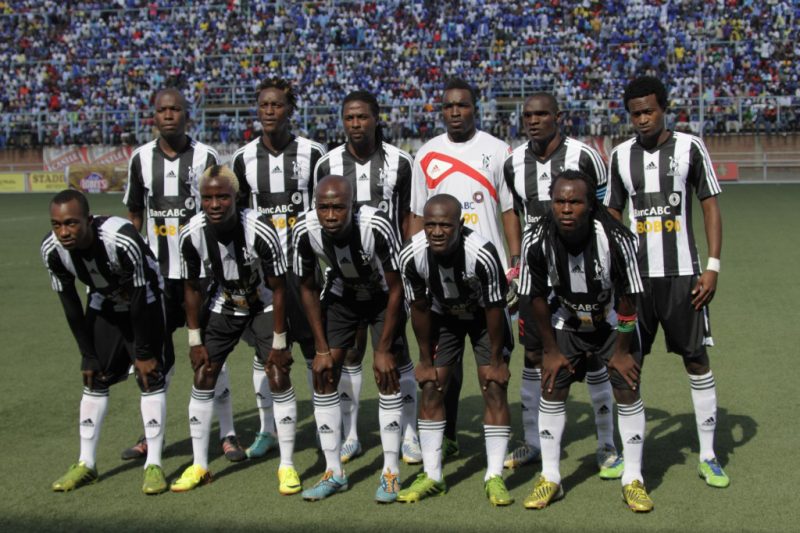 HIGHLANDERS FC president Ndumiso Gumede has announced the suspension of the club’s vice-chairman Modern Ngwenya and secretary-general Israel Moyo, as tensions continue to rise at the Bulawayo giants following a poor start to the 2019 Castle Lager Premier Soccer League campaign.

The two were suspended for allegedly pushing against the renewal of the club’s chief executive officer Nhlanhla Dube’s contract, which ended on Wednesday, against the advice of the Highlanders’ board, which wanted the former’s mandate renewed.

The recent events come at a time when the club, which was rocked by a crippling preseason strike, has been struggling on the pitch with no win after their opening five matches leaving the country’s oldest club stuck in the relegation zone.

In a statement on Thursday Gumede, who last month made a return to the club after being appointed Highlanders president, confirmed the suspension of the pair before calling for calm amongst the club’s stakeholders in light of the chaos rocking the institution.

“Highlanders Football Club has in recent times been plagued by a host of problems from player revolt to executive committee indiscipline, which may have indirectly or directly affected the team’s performance,” Gumede said.

“The challenges bedeviling the club culminated in what the board viewed as serious acts of misconduct, wherein a minority of executive committee members ignored protocol and proceeded to formally terminate the CEO’s contract of employment at a time when the issue was still receiving attention by the club structures and was known to those executive committee members.”

Gumede added: “It is against this background that the board saw it fit to suspend the executive committee secretary and the vice chairman pending disciplinary action. The two were served with letters of suspension to facilitate the commencement of proceedings before a disciplinary tribunal constituted in terms of the club’s constitution where there shall be accorded their day to ventilate their own side of the story.”

The Highlanders boss assured that the club’s fans that due process would be followed in resolving the matter.

“I wish to assure the multitude of our members, supporters and valued sponsors that everything is done in the best interest of this great club and that the matter is receiving professional and impartial attention. I therefore appeal for calm while we painstakingly follow due process whose outcome shall be communicated to all stakeholders,” said Gumede.