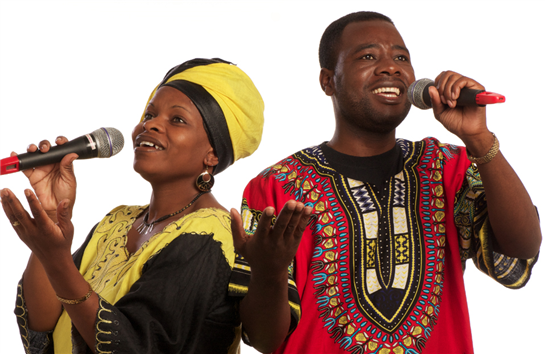 CHARLES Charamba’s new gospel music album entitled Wenazareta is finally out … and, apparently, so is the jury!
After a hiatus by arguably the most recognisable duo in gospel music, Charles and Olivia, many had capitalised from the Charamba creativity block to establish themselves in the nation’s favourite genre of solace.
Names like Mathias Mhere, Blessing Shumba, Trymore Bande and Zimpraise ensured that the thirst for divine wisdom through song would be quenched, with many of them recording successes in the absence of the touch of the Fishers of Men outfit that the Charambas front.
There had been a certain hunger for their products but many had become resigned to the fact that they had run out of ideas and would only listen to the back catalogue and attend live shows where they were still active.
It is amazing that the duo did not develop cobwebs in their long absence.
But they defied the cynics and launched their Wenazareta album at a well-attended show in Harare’s Eastgate Mall at the Ster Kinekor movie auditorium.
Yet the jury is not too quickly out of their box in pronouncing a verdict on the ‘lovability’ of the album as yet. And so it should be with everyone who has had an extended vacation; their work is tougher to grade.
The ten-track album still has the classic hallmarks of the Charamba music experience with strong hints of sungura, jazz and southern mystic sounds that are certainly sure to titillate the listener who gives an ear to the instrumentals, apart from the lyricism.
And the great thing about the lyrics though is the fact that those will be under a lot less scrutiny as is the case with gospel music.
Unless God decides to pen a new Bible, we shall always have different takes from the same source. Gospel music, like water, can only be bottled differently, but be by and large the same and serving the same purpose!
However, in this effort, even that is not obvious as Charamba mixes social commentary as well.
The song No Woman Should Die (while giving life) for example is on maternal mortality and is drawn from Biblical empathy and yet an everyday thing. On the other hand Ndiwe is a track that has Charles thanking God for giving him Olivia as a wife and partner.
Yet, anyone expecting the album to shake the ground that earthlings tread everyday will be left with little to hold on to. The loyal lover of the brand will be terribly satisfied however.Advertisement

“I am thankful for the Lord’s getting me thus far with my wife. We just hope that our fans will love the album and continue to support us as we celebrate God’s love in song,” said Charamba.