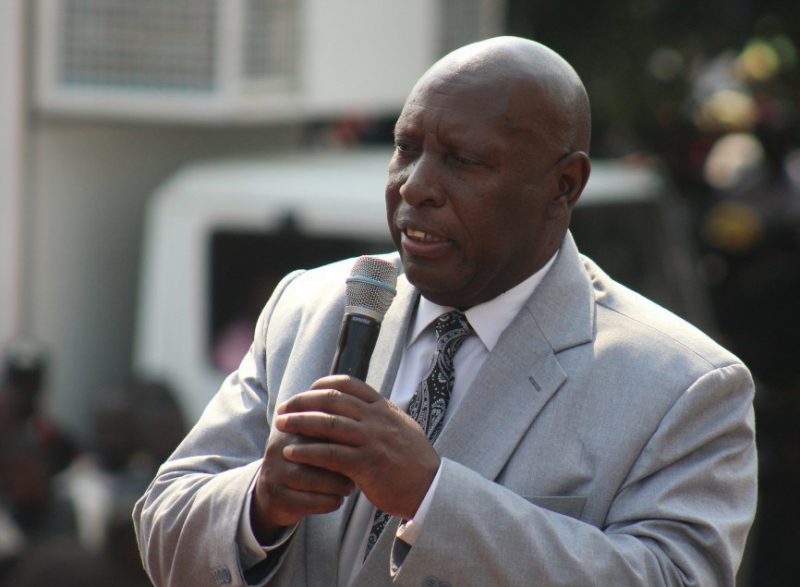 FORMER cabinet minister, Samuel Undenge had his application against further placement on remand trashed after court ruled it was too early for him to raise any complaint.

Undenge, who is accused of fraudulently awarding Fruitful Communications a contract without going to tender prejudicing the state of $12, 650, had, through his lawyers, applied for his release arguing that the state was taking too long to furnish him with a trial date.

Prosecuting, Michael Reza, requested to have the case pushed to April so that the state puts its house in order.

Undenge’s lawyer, Alex Muchadehama, then complained that this showed that the state was not ready.

Magistrate, Tilda Mazhande, however, ruled that Undenge had only been on remand for two months as such it did not make any sense for him to complain.

He was remanded to April 3 pending his trial.

The magistrate, however, warned the state to provide a trial date for the ex-minister on that date adding that failure to do so, she will remove Undenge from remand.

Undenge, who is former Energy minister, landed in the dock after he favoured Zanu PF MP for Highfield, Psychology Maziwisa and former ZBC News anchor Oscar Pambuka, both owners of Fruitful Communications.

Undenge allegedly hand -picked their company to do public relations work for ZESA. Zimbabwe Power Company (ZPC) is the complainant in this case.

Court heard the two were hired despite the fact that Zesa Holdings has a fully-fledged public relations department whose personnel are still on its payroll.

The arrangement resulted in the power utility losing thousands of dollars as Zesa had to pay Fruitful Communications consultations fees at the same time paying its employees’ salaries.

Court heard Frutiful Communications was paid $12 650 for the projects.