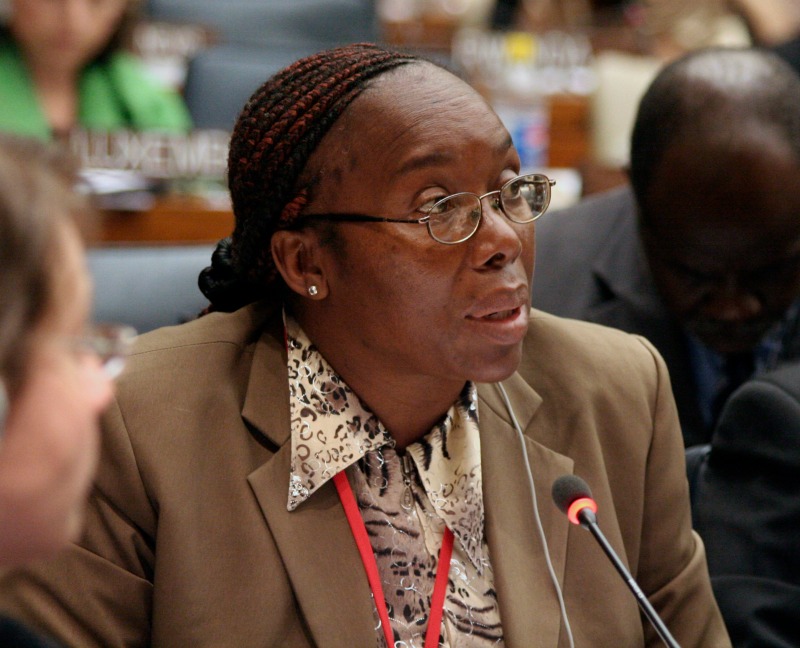 THE Zimbabwe Gender Commission has launched a probe into claims of sexual harassment levelled against police Senior Assistant Commissioner Charity Charamba’s husband and two other Department of Immigration top managers once described by their victims as “serial womanisers”.

“Further to the above notice, an invitation is hereby given to victims or witnesses to any acts of sexual harassment within the Department of Immigration to furnish the Zimbabwe Gender Commission with written complaints, witnesses’ statements and any other supporting documents or evidence which can assist in the investigation,” said Sangarwe.

The investigation comes after female employees from the government department have on numerous occasions tried to have their complaints addressed but to no avail.

Earlier this year, some female employees from the organisation staged a demonstration against alleged sexual harassment by the organisation’s bosses in return for promotions and protection of their jobs.

They called upon the country’s women’s affairs ministry to intervene and also handed a petition to the Zimbabwe Gender Commission.

Some of the junior female employees who fell victim to the alleged abuses are reported to have been impregnated by some of their bosses.

The employees were suspended and fired after they appeared and gave oral evidence before parliament’s public service committee accusing their three bosses – Givemore Charamba (director of operations), Steven Museki (director administration) and Clemence Masango (principal director) – of sexually harassing them.

Some of the female employees are Sheilla Moyo and Emily Mupeti were suspended in 2017 after they allegedly rejected their bosses’ advances.

Reports said some of the women have been transferred to borders after they turned down the love proposals while others have been forced to resign.

Couples that worked in the same building have reportedly been separated after their bosses were said to have targeted their female partners.

During the hearing, the women broke down describing the graphic acts of sexual harassment and also labelled the three as “notorious” and “serial womanisers”.

The workers told the committee they had reported the matter to then Home Affairs Ministers Kembo Mohadi (now vice president), Ignatius Chombo and Obert Mpofu but all failed to address the issue.

The three bosses were said to be “well-connected” individuals whose offences were feared would be swept under the carpet.

But Sangarwe confirmed the probe was going ahead.

“Oral hearing will commence thereafter on dates to be advised by the Commission,” she said.

“Any person who wishes to make any submission in regard to the above should submit in writing to the secretary of Zimbabwe Gender Commission, First Floor Pax House 89 Kwame Nkrumah Avenue Harare by not later than the 30th September 2018.”