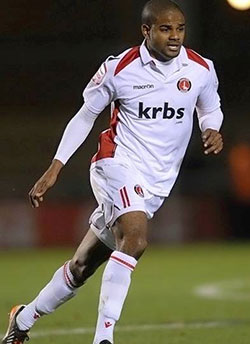 BRADLEY Pritchard, a Zimbabwean by birth who was once called up to the Warriors, has been released by Charlton Athletic ahead of the 2014/15 season following the expiry of his contracts.
The English Championship football club announced that the 27-year old, along with eight other players, would leave the club following the expiration of their contracts.
Of the nine players released, Pritchard is among a list of four members of Charlton’s League One title-winning squad of 2011/12 who are leaving The Valley.
The 2011/12 squad helped the Addicks to a record-breaking points total under former manager Chris Powell.
Pritchard was a key member of Charlton Athletic, playing every part of the team’s games in the 2012/13 season, which saw his profile rising so much that he attracted interest from English Premier League team Aston Villa as well as Reading.
However, a loss of form saw him making just 17 appearances last season, leading to his subsequent departure.
Pritchard was called the national team by former coach Rahman Gumbo but was surprisingly never selected in the final 18 man squad.

Following news of his release Charlton fans wished him well following a memorable time with the club.
“Thank you Bradley Pritchard you have given us some good times at Cafc. I wish you all the best for the future,” posted Ricky Lambert on Pritchard’s Facebook page.
“Good luck fella wherever you end up playing your football. Thank you for all your effort you put into #cafc it is very much appreciated,” wrote Dean Peter Hill on Pritchard’s Twitter handle.
“All comes to an end, but you proved that you are a star with all your contribution. Thank you,” posted Garikai Hama on Facebook.Advertisement