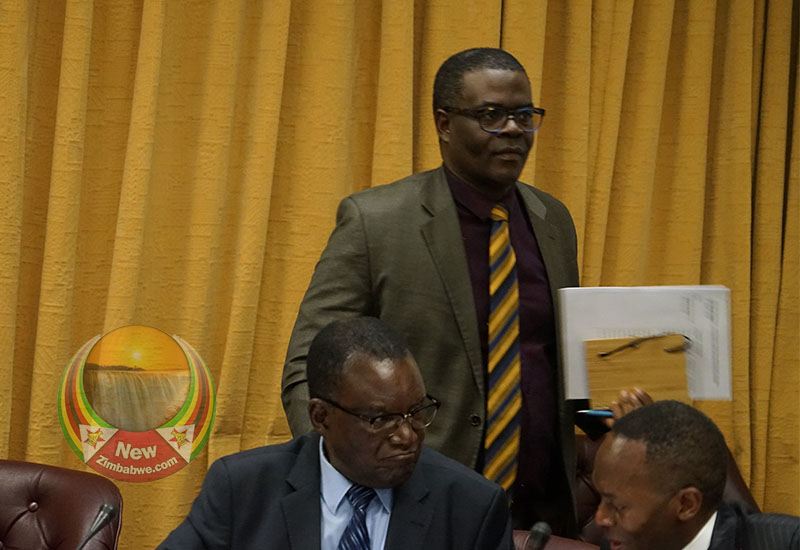 ENERGY Minister Fortune Chasi Tuesday denied claims made early this year by his predecessor Jorum Gumbo that government had paid upfront for fuel enough to cover the next two years.

Chasi said this while addressing journalists at a post-Cabinet media briefing that was attended by six Ministers including Gumbo who was recently moved to an obscure portfolio in President Emmerson Mnangagwa’s office.

“The situation that I face currently as Minister of Energy is that I do not have supplies for service stations to disperse to the public. I want to believe that the reference, and I stand to be corrected, may have been to fuel that has been pumped up but that has not been paid for.

“If I had fuel that would last two years, I would be the happiest person on the planet,” said Chasi.

He did not explain what he meant by “pumped up.”

In February this year, Gumbo claimed to have been invited to State House by  Mnangagwa where a meeting that included Reserve Bank of Zimbabwe (RBZ) Governor John Mangudya on the fuel crisis was held.

Gumbo, at the time, claimed he had been shown receipts indicating payments that had been made by the Central Bank “enough to cover two years.”

“I was invited by the President today (back then) to a meeting where there was the RBZ Governor John Mangudya. I was shown several payments made by the central bank to procure fuel.

“I was shown payments that would cover the next 24 months,” claimed Gumbo then with a straight face.

Gumbo did not comment on Chasi’s statement on Tuesday as he sat there stone faced.

Last week, government was forced to stand its ground after fuel operators showed intent to hike fuel prices to about RTGS$7 per litre from the current RTGS$4.87 that had been effected only a week earlier citing the decrease in the value of the local currency.

A price hike announced by Mnangagwa in January led to a complete shutdown of the country. The violent protests left 17 people dead and scores with gaping gunshot wounds after government deployed the army to quell the demonstrations triggered by a call for a stay-away by the Zimbabwe Congress of Trade Unions and some civic groups.

Information Minister Monica Mutsvangwa, meanwhile reported that Cabinet had been briefed that the situation had stabilised.