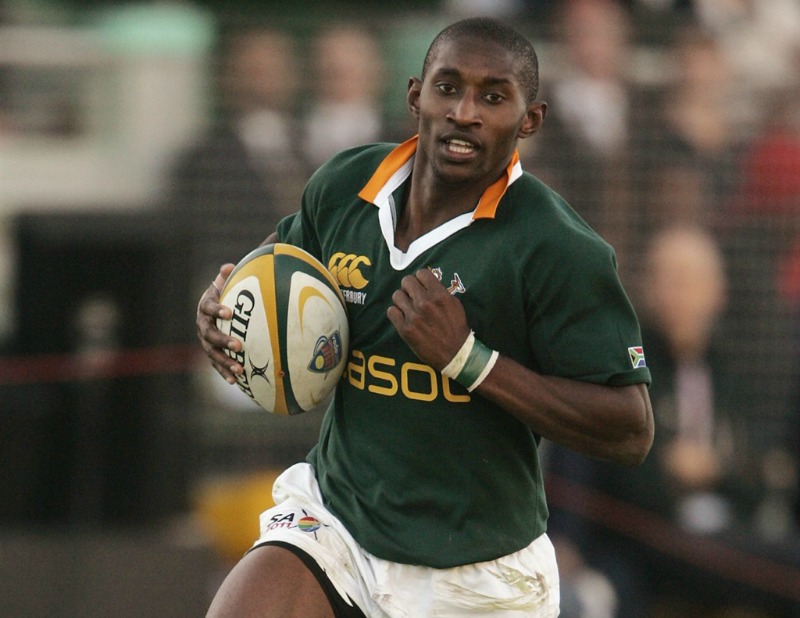 FORMER South Africa wing, Tonderai Chavhanga believes that Zimbabwe has potential to emerge as a continental and world rugby powerhouse if the right structures are put in place.

His comments come after Zimbabwe Academy’s poor showing after a winless campaign in their maiden season in the SuperSport Rugby Challenge in South Africa.

Zimbabwe-born Chavhanga, who earned four caps for the Springboks, recently had a stint as an assistant coach with the Zimbabwe Academy side that participated in this year’s Rugby Challenge. The team was headed by former international Brendan Dawson.

In its first season in the competition, the academy lost all seven of their games but managed to push a strong Western Province side close, losing a competitive match 33-13, while also coming within two points of beating the SWD Eagles.

Chavhanga said he could only see Zimbabwe rugby benefiting from future participation in the competition.

“We know where we are now,” Chavhanga said.

“The players and management know that there is a lot of work to do. Considering that we got together four days before our opener against Border, I think we accomplished quite a bit. The guys did well.”

Capped Springbok internationals such as Tendai Mtawarira and Brian Mujati were schooled in Zimbabwe, while Wallabies flank David Pocock was also born in the country.

Masvingo-born Chavhanga himself was schooled at Prince Edward in Harare, before studying at the University of the Free State.

“We have so much talent. There really is no reason, why Zimbabwe cannot qualify for the World Cup if the structures are in place and there is a proper plan. Also important is that we need to get funding. I really do believe Zimbabwe can be one of the emerging countries in World Rugby, and we can really do well,” said Chavhanga.

Chavhanga added he is hopeful that a rise from their 36th-placed World Rugby ranking can see the country receive more funds to help grow the game.

The Sables are scheduled to participate in the Victoria Cup where they’ll battle it out with East African sides Kenya and Uganda as well neighbours Zambia in July and August.

“Funding goes a long way. There is the Victoria Cup coming up, which is a competition between Kenya, Zimbabwe, Uganda and Zambia. If we can do well in that competition and move further up in the rankings, we will be well on our way to be taken seriously as a nation, and will be able to plead our case with World Rugby to get more funding. I must add that our sponsors in Zimbabwe have really stepped up, given that it is tough economic times,” he said.

Chavhanga turned out for South African teams that include Free State Cheetahs, Stormers, Western Province, Golden Lions as well as the Natal Sharks.