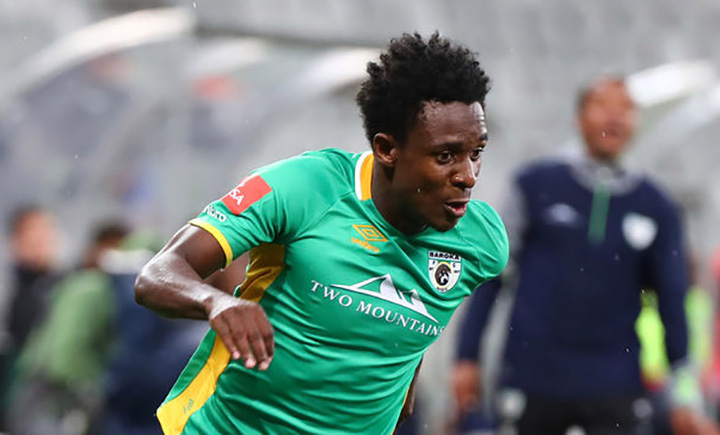 ZIMBABWE international winger Talent Chawapihwa, is delighted at the prospect of showcasing his football skills at a continental stage when he makes his maiden appearance at the Africa Cup of Nations (AFCON) finals to be held in Egypt this June.

The Warriors qualified for their fourth straight AFCON finals, after a 2-0 win over Congo Brazzaville in front of a capacity crowd at the National Sports Stadium last Sunday.

Chawapihwa (26), who plays for South African side Amazulu, has been a key figure in the Warriors squad for most of the qualification campaign and is now relishing the opportunity to make an impact at the continental showpiece set for June 21 to July 19.

“It will be my first AFCON, I’m more than excited. I have been dreaming of wanting to go to AFCON, now it’s my chance to write my own history. I just want the experience, to be part of the history of the Zimbabwean players that are going to the AFCON,” Chawapihwa said.

The Amazulu star said he was aiming to help the Warriors reach the quarter-finals of the Africa Cup of Nations for the first time in the country’s history, after previously coming short and exiting at the group stage on all three occasions.

“I want to see how I can help the nation because we have not been doing well in previous attempts at AFCON. I think for now it will be better if we come out of the group stages, to progress to quarterfinals.

“That has been our main problem because we’ve always been knocked out at the group stage. So at least if we can show that we are progressing it will be good you know,” said the winger.

He said the presence of several players plying their trade in the South African league in the Warriors team works to their advantage.

“It gives us an advantage because we know and understand each other, and we play in the same league. So the connection is there, the understanding is there and the combinations as well,” added Chawapihwa.

He was also full of praises for the influential duo of Knowledge Musona and Khama Billiat who grabbed the two goals against Congo-Brazzaville.

“What I can say is those are special players. They always have their way of bringing something that no one is expecting.

“Those are the kind of players that they are. Whether they are fit or not you need them to be there because they have that special ability to carry the team,” the Amazulu player said.

Chawapiwa’s professional football career started in 2013 with Harare City, where he plied his trade before a move to ZPC Kariba in 2016.

At the start of the 2017 season Chawapiwa joined FC Platinum, where his consistent performances earned him a place in the Warriors squad which won the Cosafa Cup in South Africa.

Following his exploits at the Cosafa Cup, Chawapiwa attracted the attention of several South African clubs but opted to join Baroka FC where he stayed until his recent move to Amazulu in January this year.