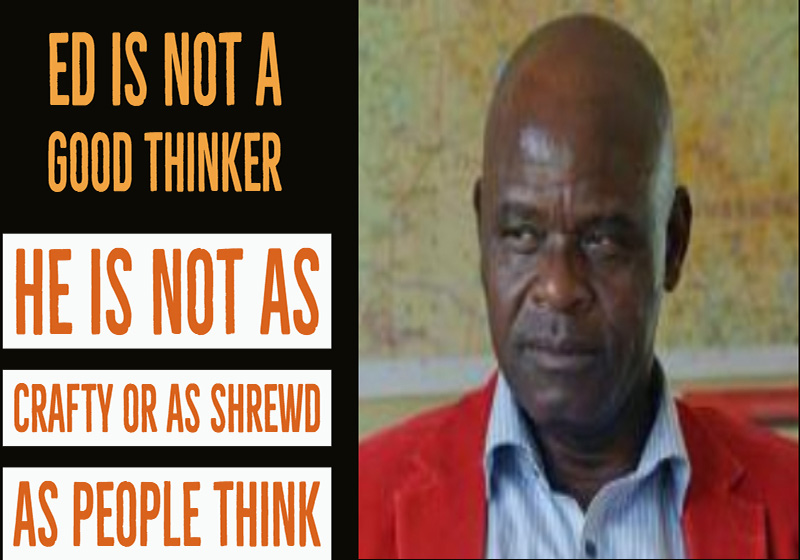 BLESSING Chebundo, who twice beat Emmerson Mnangagwa in successive parliamentary polls, says he has shared the “secret” with boss Nelson Chamisa on how to floor the now State President in an election.

Mnangagwa, the Zanu PF presidential candidate for next month’s election, faces stiff competition from the 40-year-old Chamisa of the MDC Alliance.

The Midlands strongman was hounded out of Kwekwe Central by Chebundo following election defeats in the 2000 and 2005 general elections by the MDC founding MP for the area.

Mnangagwa later resurfaced in Chirumhanzu-Zibagwe where he became MP.

The so-called Crocodile became State leader in November last year after the country’s military besieged then President Robert Mugabe and pressured him to surrender his job.

Speaking in an exclusive interview with NewZimbabwe.com on Tuesday, Chebundo boasted about his famous victories against Mnangagwa, adding that Chamisa will have a field day over him.

Chebundo said when he first took on Mnangagwa in 2000, most people doubted his capabilities of winning against the powerful Zanu PF politician.

“Initially, people were doubting that I could fell him and when I did that in 2000, they said this was by accident. I then said let’s go for the second round (2005 elections),” Chebundo said.

He added, “I equated this to a soccer match where you play the opponent at home and away. I felled him both home and away, proving to my detractors that Mnangagwa is actually someone who is easy to beat in an election.”

Chebundo said he first shared the secret with former MDC-T leader Morgan Tsvangirai when the now late opposition leader was firming up to contest the 2018 elections with signs Mnangagwa could become surprise Zanu PF presidential candidate.

“I used to tell our late President Tsvangirai that if Mnangagwa happens to be your opponent in an election, just come to me; I have the recipe to beat him.

“In as much as he is called Crocodile, I actually have the recipe to prepare crocodile meat.”

Chebundo said Mnangagwa was a vulnerable opponent to any 40-year-old challenger.

“I have been telling my new boss, President Chamisa that when I went into the first battle with Mnangagwa in 2000, I was exactly 40 years and this time around Chamisa is also going into an election against Mnangagwa at 40.

“I have come to think the best age to beat Mnangagwa is 40, much older as he is now, Mnangagwa will be beaten.”

Chebundo added, “He is not as crafty or as shrewd a politician that people think he is.

“He (Mnangagwa) may have been shrewd on the battlefield during the war but not politically. He is not a good thinker in my view.”