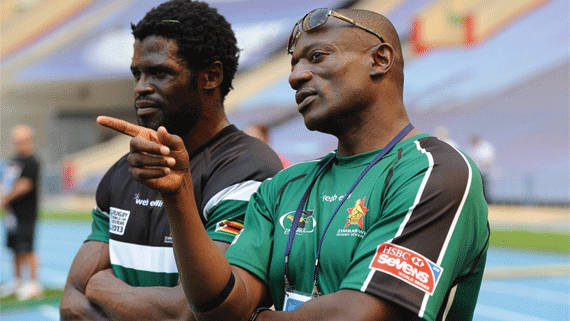 ZIMBABWE’S national Sevens rugby team will have an opportunity to test their preparedness ahead of next month’s Tokyo 2020 Olympic Games qualifier when they battle it out against some top teams in the Tusker Safari Sevens in Kenya.

The Tusker Safari Sevens which takes place from Friday to Sunday at the RFUEA Grounds in Nairobi will feature a number of high profile Sevens sides including World Sevens Series champions South Africa, Kenya, Spain and host of top clubs from Europe.

Zimbabwe, who are also known as the Cheetahs are in Pool D of the competition against World Rugby Sevens side Spain, French side Seventise and Kenya’s national Sevens champions Commercial Bank Rugby in the preliminaries of the three-day tournament.

Zambia-based Stephan “Stavo” Hunduza will captain the side which also features debutant speedster Martin Mangongo, who plies his trade in Poland.

The Cheetahs squad is however missing a several senior players who could not make it to Kenya due to various commitments. These include the South Africa-based duo of Riaan O’Neil and Tapiwa Tsomondo, Germany-based Tafadzwa Chitokwindo, and Connor Pritchard, who is based in Australia.

The duo of Shingirai Katsvere and Kudakwashe Chiwanza are also not available for selection after picking up injuries while turning out for the national fifteens side, the Sables in the Victoria Cup.

Having not managed to hold any training sessions at home before their departure for Kenya, Nyamutsamba said they would be using the Tusker Safari Sevens as a training camp with their main focus on the Olympic Qualifier.

“The tournament is basically the first training for us, we are using this as training, will not even be looking at the scoreboard,  but giving every player as much game time as possible,  it’s a start of what we want to be trying to play two weeks later,’’ he said.

Meanwhile, after their participation in the Tusker Safari Sevens the Cheetahs will head to South Africa, where they are expected to hold a training camp with the South Africa side at the Stellenbosch University in preparation for the Africa Cup Sevens.

This year’s Africa Cup Sevens tournament, which will double as the qualifier for the Tokyo 2020 Olympic Games will be held from November 8-9 in Johannesburg, South Africa.

The winner of the continental tournament will automatically qualify for the Tokyo 2020 Olympic rugby sevens competition is due to take place from July 27 to August 1 at Tokyo Stadium.