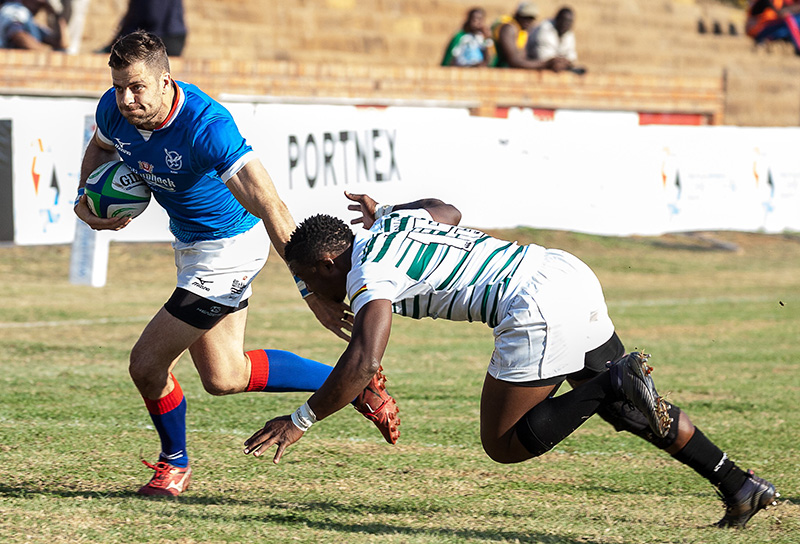 THE Zimbabwe Sevens rugby side’s hopes of qualifying to become a core team on the lucrative HSBC World Sevens Series starting next season were handed a boost after being handed a favourable draw for the World Rugby Sevens Series Qualifier which kick-off starts on April 5.

Zimbabwe, the reigning African champions, will be making a return to Hong Kong hoping for better fortunes after reaching the quarterfinals of last year’s qualifying tournament where they lost 38-5 to Ireland.

The Irish will also feature in this year’s qualifier and were drawn in a tough Pool F which also includes Russia, Uruguay and Jamaica while Pool G includes last year’s losing finalists Chile, Uganda and Cook Islands.

The winner of the World Rugby Sevens Series Qualifier, featuring teams from each of World Rugby’s six regions, will earn promotion to next year’s Series, replacing the bottom-ranked team after the completion of the season.

Japan were promoted last year after beating Chile in the final.

Reacting to the draw, Hong Kong men’s sevens coach Paul John, whose team will face Zimbabwe in the pool stages said: “There are a lot of good teams again this year, and we are also coming to the end of an Olympic cycle, when teams put a lot more resource into their sevens programs. It’s a massive year, and this tournament just keeps getting harder and harder, so it is great to be involved in it and we are looking forward to doing ourselves justice.”

The Cheetahs will be using the Kwese International Sevens tournament which will be played at Harare Sports Club from March 23 to 24 as a platform to fine-tune their preparations for the World Rugby Sevens Series Qualifier.

Last week Zimbabwe Sevens coach Gilbert Nyamutsamba announced an expanded 33-man training squad ahead of the upcoming Kwese International Sevens tournament on home soil in a bid to widen his selection base for the Hong Kong assignment as well as the 2020 Tokyo Olympics qualifier later this year.