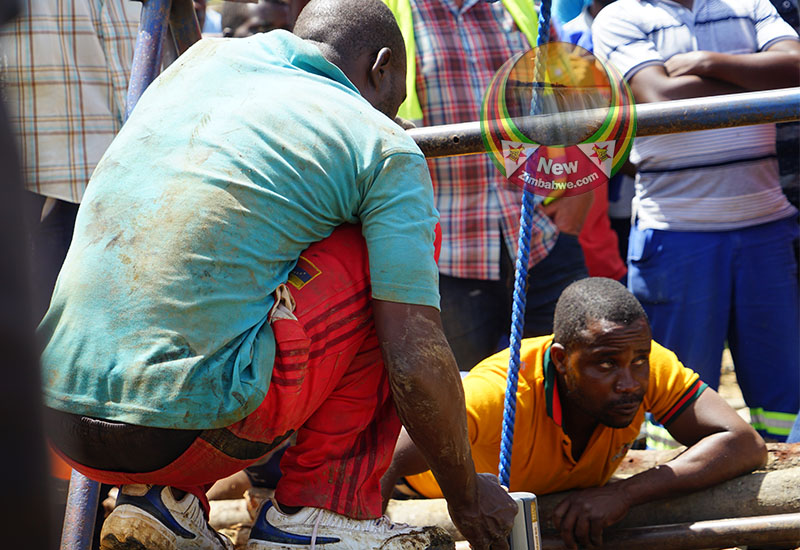 A GROUP of artisanal miners working at the site where five of their colleagues are now believed to have died from a September mine shaft collapse, are demanding US$750 to pull out the remaining three bodies.

“The mission to find the three artisanal miners is still on. The challenge we have is of trying to mobilise the US$250 per body that the rescuers are demanding from us and the victims’ families,” said Masviba.

“We therefore need in excess of US$750 as the rescuers need food to continue with the search for the bodies.”

However, it could not be readily established if at all the bodies had been located in the first place, and what had motivated the miners to demand money to get their colleagues out.

Last week, two of the artisanal miners who were trapped underground were retrieved, while the other three were yet to be accounted for although believed to have died by now.

It is almost 60 days since the accident happened at the gold-rich mine situated on the outskirts of Chegutu.

The incident has exposed the country’s lack of disaster preparedness, with the ill-equipped Civil Protection Unit (CPU) and other State agencies having abandoned the rescue mission on 2 October.

The five artisanal miners were 8 September trapped after a 110-metre mine shaft they were working in collapsed.

The retrieval of the two bodies brought relief and hope to families of the affected families who have blasted government for its lack of disaster preparedness.

The artisanal miners are working with the help of the CPU and various government departments which have, however, been blamed for their lethargy to retrieve the bodies citing security concerns.