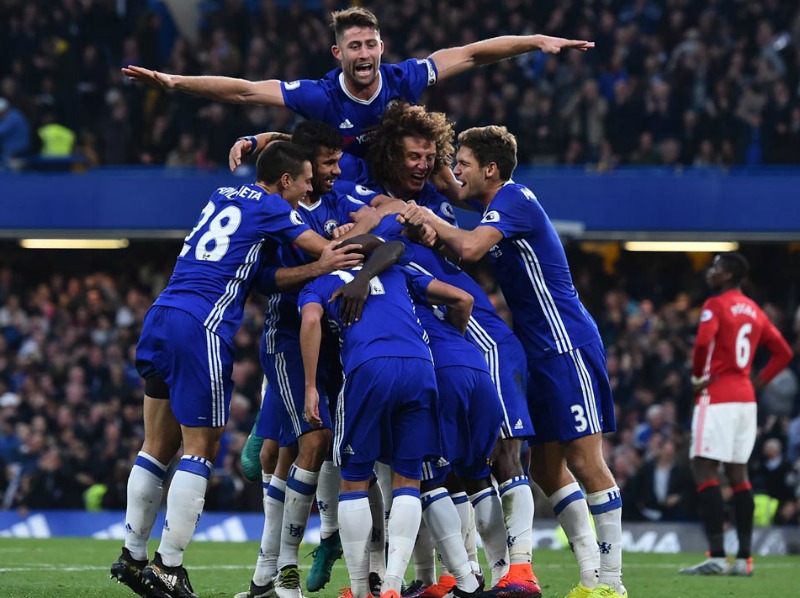 Chelsea manager Antonio Conte insisted he is a “serial winner” after ending a difficult season on a high by beating Manchester United 1-0 to lift the FA Cup thanks to Eden Hazard’s penalty at Wembley on Saturday.

In what is still widely expected to be Conte’s final game in charge, the Blues withstood a second-half onslaught from United after Hazard’s 22nd-minute spot-kick to ensure Jose Mourinho’s men end the season trophyless.

“I am the first to understand because I am the coach of an important club in England, in the world, and it is right the club demands of me a lot,” said the Italian on the constant speculation over his future.

But Conte defended his record after winning a knockout competition for the first time in his managerial career.

“Also in a difficult season, I have showed I am a serial winner,” he added. “This is the truth. To win in this way, this season, has given me more satisfaction than my wins in the past.”

However, United manager Jose Mourinho was scathing of what he perceived as Chelsea’s negative tactics to drop deep and defend their lead after going in front.

“I congratulate them because they won but I don’t think they deserved to win,” Mourinho said.

Despite finishing second in the league, 19 points behind local rivals Manchester City, Mourinho has been routinely crticised this season for United’s own defensive approach.

“I am quite curious to know what you say or what people write because if my team plays like Chelsea did, I can imagine what people would say,” added Mourinho.

Should it prove to be Conte’s last game in charge, the Italian bowed out on a high as his decision to start first-choice goalkeeper Thibaut Courtois for the first time in the FA Cup this season over Willy Caballero was justified by a series of saves from the Belgian to keep United at bay after the break.

United were without top-scorer Romelu Lukaku from the start as the Belgian was only fit enough for a place on the bench against his former club due to an ankle injury.

And Mourinho also seemed to question the commitment of his striker.

“I knew without a target man (it) would be difficult for us,” added Mourinho.

“When a player tells you he is not ready to play, not ready to start, then the question is how many minutes you think you can? How can you convince a player?”

The diminutive Belgian took advantage of indecision by Phil Jones to race clear on goal before being chopped down by the England defender as he prepared to shoot.

Chelsea players and Conte argued for a red card rather than yellow, but Jones’s attempt to play the ball saved him from a dismissal.

Hazard dusted himself down to coolly send De Gea the wrong way from the spot for his 18th goal of the season.

The lack of invention that Mourinho’s side have been routinely criticised for throughout the campaign showed in their efforts to get back on terms.

Jones had United’s best chance of the first half but headed wide at the back post as he tried to make amends for his earlier error.

Marcus Rashford also failed to make the most of a rare start as a central striker in Lukaku’s absence.

Courtois wasn’t called into action until just before the hour mark when he denied Rashford.

He then made a brilliant stop low to his left to parry an acrobatic Paul Pogba effort and Alexis Sanchez was denied a ninth goal in as many appearances at Wembley when he was flagged offside after firing the rebound into the roof of the net.

Rashford’s biggest and last chance to make himself a hero came 20 minutes from time when Courtois rushed from his goal to make a brilliant save from the forward’s attempted chip.

Mourinho reacted by hooking Rashford and Jesse Lingard for Lukaku and Anthony Martial.

But it was Pogba who had the biggest chance to level when the £89 million midfielder headed wide from a corner eight minutes from time.