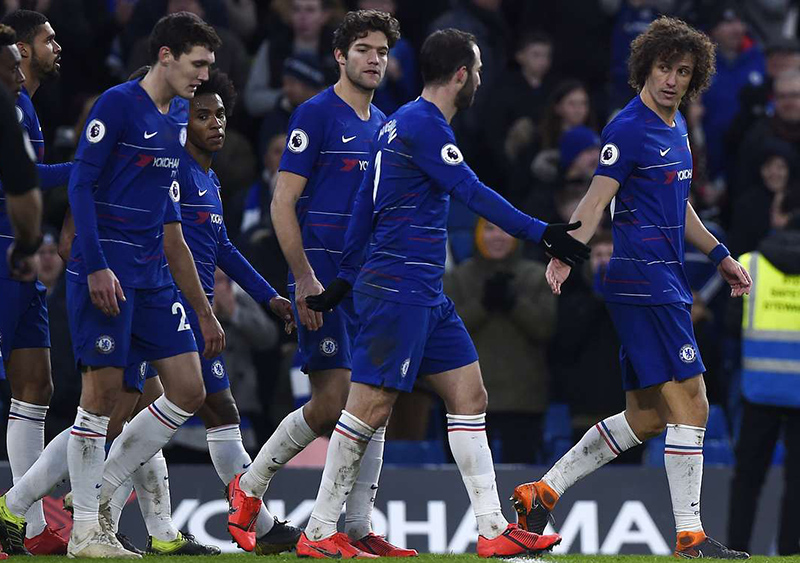 Premier League club Chelsea have been banned from signing new players in the next two transfer windows as punishment for breaking rules on registering under-age players, FIFA said on Friday.

It means the club — who immediately said they would appeal the decision — will be unable to make signings until the end of January next year.

“The disciplinary committee sanctioned Chelsea with a ban on registering new players at both national and international level for the next two complete and consecutive registration periods,” FIFA said in a statement.

The ban does not prevent players being released by the club and it does not apply to Chelsea’s women’s and futsal teams.

Chelsea have been given three days to appeal against FIFA’s decision, which could prove highly damaging, for example preventing the club from signing a replacement for Eden Hazard if the star player leaves the club.

“Chelsea FC categorically refutes the findings of the FIFA disciplinary committee and will therefore be appealing the decision,” said a statement on the club’s website.

The move follows a FIFA probe into Chelsea’s signing of foreign under-18 players, including the club’s former forward Bertrand Traore, a Burkina Faso international who now plays for French Ligue 1 club Lyon.

Traore signed professional forms for Chelsea in 2013 at the age of 18 but was not registered until January the following year.

French website Mediapart, quoting documents from Football Leaks, reported that FIFA found evidence that Chelsea had supplied misleading information about Traore’s signing and that he had made more than 20 appearances for the club at different age levels despite not being registered by the Football Association (FA).

FIFA said Friday it was also fining the Football Association 510,000 Swiss francs for breaking the rules on signing minors.

The world governing body gave the FA a period of six months to update its processes concerning international transfers and the registration of minors.

The FA responded on Twitter, saying: “The FA notes the decision of the FIFA disciplinary committee published today. The FA has cooperated fully with FIFA’s investigations, although we have raised some concerns with FIFA regarding its disciplinary processes.

“The FA intends to appeal the decision. We will however continue to work with FIFA and Chelsea in a constructive manner to address the issues which are raised by this case.”