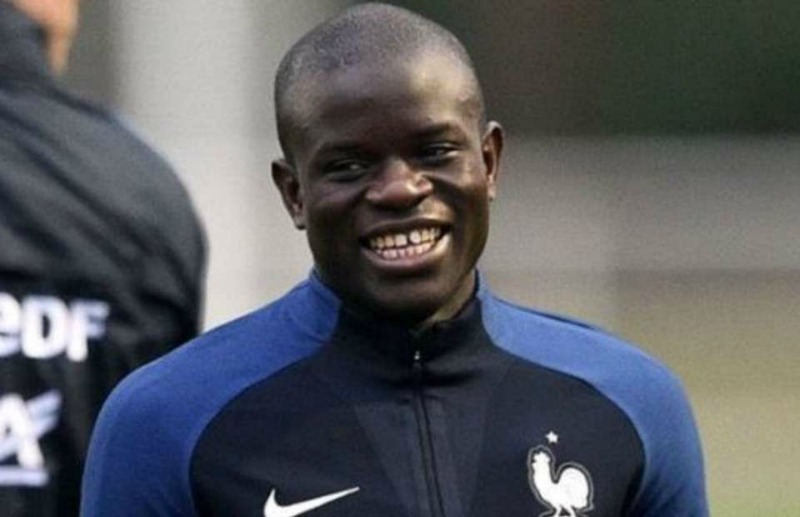 The Blues were made to suffer, particularly during the first half, but they battled their way to a stunning 2-0 victory over Pep Guardiola’s champions

Chelsea boss Maurizio Sarri was asked on the eve of Saturday’s Premier League showdown with Manchester City how to beat the undefeated table-toppers.

“I’ve lost every match against Pep Guardiola,” he replied, “so I don’t know! You’ll have to ask someone else!”

Not anymore, though. Not after a stunning 2-0 victory over City before a raucous Stamford Bridge crowd.

Of course, Sarri might not yet know just how his side managed to beat what Chelsea centre-half Daviz Luiz called “the best team in Europe”.

After all, as half-time approached in west London, Chelsea were being pummelled. They hadn’t yet had a single shot on goal and their visitors were enjoying 67% of the possession. Pessimism around Stamford Bridge was at an all-time high.

Eden Hazard, Pedro and Willian had started a game together for the first time without a big centre forward, with Olivier Giroud on the bench and Alvaro Morata not even in the matchday squad. Consequently, Chelsea had no out bell and were being smothered by City.

But then, up stepped N’Golo Kante, a man who has often been criticised for his lack of quality in the final third.

After Chelsea had launched a wonderful counterattack, they eventually managed to get Hazard on the ball in an area where he could do some damage. After standing up two men, the Belgian pulled the ball across the face of goal for the onrushing Kante, who exhibited impressive control in side-footing powerfully past the previously untested Ederson.

Hazard’s assist was only the sixth pass in the final third Sarri’s side had completed up until that point, which only served to underline the scale of City’s first-half dominance.

The goal unsurprisingly altered the mood of the game, and the crowd. Suddenly, the home fans believed that their side could pull this off. Clearly the players did too.

City still had more of the ball in the second half but Chelsea warmed to their challenge and offered more of an offensive threat after the break.

Swept along by a newfound wave of optimism, there was a sense of inevitability about their second goal, which came from another unlikely source.

With allegations of a poor mentality and lack of leadership probably still ringing in his ears after recent outings, Luiz got the goal his performance deserved richly deserved as he headed home from a Hazard corner to double the hosts’ advantage.

City may have played some wonderful football at times, particularly in the first half, but Chelsea’s performance was built on intelligent pressing and it was a day on which the usually tactically dogmatic Maurizio Sarri changed his tactics to impressive effect.

Chelsea knew they that would not control possession against City so he instructed his players to sit deep and try to hit Guardiola’s team on the break whenever they could.

Cesar Azpilicueta celebrated his new contract by putting Leroy Sane in his pocket for 90 minutes, while Luiz was Chelsea’s most threatening player offensively, as his long raking passes out of the back consistently caused City’s defence problems.

For Hazard, Willian and Pedro, it was a night of discipline rather than daring, as they pressed brilliantly; the perfect riposte to the flak they received over their defensive work during the dismal 3-1 defeat by Tottenham at Wembley two weeks ago.

Essentially, ‘Sarriball’ was put on hold for one evening, with the 59-year-old Italian having learned lessons from his Napoli side going toe-to-toe with Guardiola and getting beaten both times due to the superior talent at his rival’s disposal.

It was more akin to ‘Conteball’ in the first half, as Chelsea did what Antonio Conte often tried to get them to do during his tenure, when they regularly “suffered without the ball” against sides such as Barcelona.

The end result was a glorious one for Chelsea but a devastating one for Man City, with Liverpool having already taken top spot from them on the back of their emphatic win over Bournemouth. City’s unbeaten record, their air of invincibility are also gone too.

Be under no illusions, though, over a 38-game season Man City will pick up more points than Chelsea but at least Sarri’s side have shown the rest of the Premier League that Guardiola’s wonderful side can be beaten.

And they should be grateful for that.