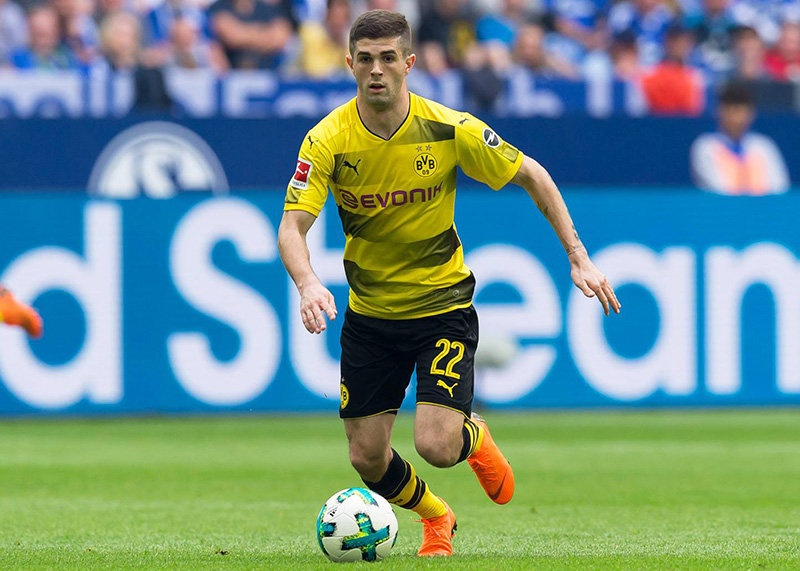 Chelsea made an early splash in the January transfer window on Wednesday by making Christian Pulisic the most expensive USA footballer as clubs across Europe geared up for business.

The Premier League club signed Pulisic — regarded as one of the hottest properties in European football — on a five-and-a-half year contract for a reported fee of £58 million ($74m) from German Bundesliga leaders Borussia Dortmund a day after the winter window opened.

The sum smashed the previous highest transfer for an American, the reported 20m euros German club Wolfsburg stumped up for John Brooks in 2017.

“It’s a privilege to have signed for such a legendary club and I look forward to working hard towards being a contributor to their team of world class players,” said Pulisic in a statement published on the Chelsea website.

Dortmund will keep the 20-year-old right winger on loan until the end of the season as part of what they described an “extraordinarily lucrative offer from Chelsea” as they look to win their first league title since 2012.

Pulisic made his Bundesliga debut for Dortmund aged just 17 after rapidly progressing through the team’s academy and quickly established himself as one of the most exciting prospects in Europe. In November he became the youngest player to captain the United States’ senior side, aged 20 years and 63 days.

The 22-year-old arrives in France from Defensor Sporting, a club based in the Uruguayan capital Montevideo where he played more than 100 matches since making his debut as a teenager in 2013.

“It was a dream of mine to come and play in Europe and today I have made this dream a reality by signing for Montpellier,” the player said on the club’s website.

Suarez made his debut for the national team in a 1-0 loss against Brazil in November, before playing the full 90 minutes days later in another single-goal defeat against France.

In Spain, Villarreal released former Chile international Manuel Iturra after the 34-year-old defensive midfielder, who played 33 times for his country, started just one match for the La Liga strugglers this season after signing from Malaga in the summer.