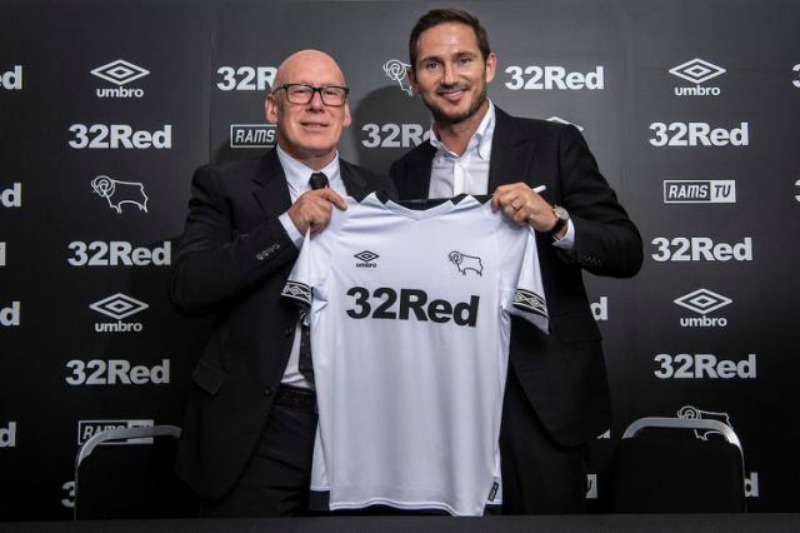 He won three Premier League titles, four FA Cups, a League Cup, one Champions League and one Europa League while at Chelsea – as well as netting 29 goals in 106 games for England.

Announcing the appointment, Derby County Executive Chairman, CBE, Mel Morris, said: “I’m delighted to have someone of Frank’s calibre as our new manager.

“I’ve always been an admirer of Frank both as a player and a person, especially in the way he conducts himself both on and off the pitch. That impression was only re-enforced when we interviewed him for this role, his passion and humility shone through in equal measure. The board were unanimous that he was the stand-out applicant with many highly desirable and unique capabilities.

“Few players have achieved what Frank has in his career to date. He’s a winner, a leader who knows what it takes to succeed and who has the character and charisma to be a fantastic manager for us.”

Frank Lampard said: “I’ve always wanted to manage a club with a big tradition and history like Derby County, so this is a huge opportunity. I have spent considerable time discussing the role and the club’s objectives with the Chairman and board members.

“We want to build on the club’s top six finish in the Championship last season, while at the same time bringing through some of the excellent youth and Academy talent we have at Pride Park.

“This is my first job as a manager, but I’ve worked closely with some of the best coaches in the game and I’m confident in my own abilities and those of the team around me, including the board.

“I know it won’t be easy – managing a football team never is – but I’m really looking forward to the challenge ahead.”