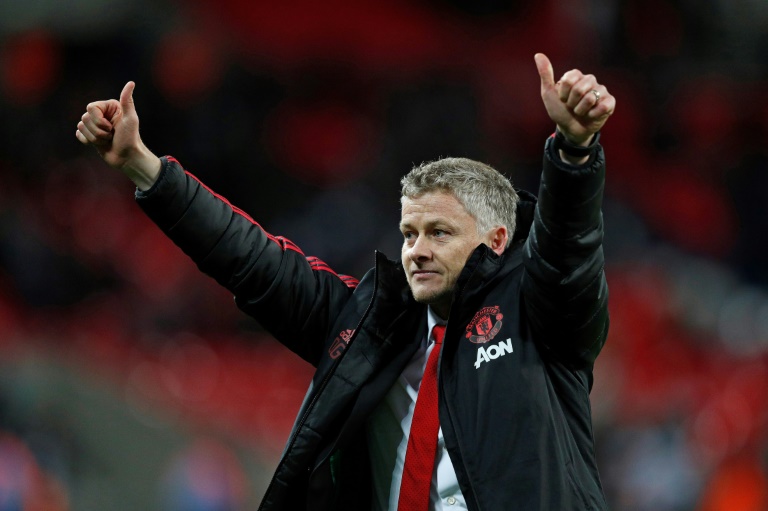 Chelsea and Arsenal clash in the Premier League this weekend, with both managers looking nervously over their shoulders at a charging Manchester United as Tottenham adjust to life without the injured Harry Kane.

Arsenal have lost three of their past six Premier League matches to fall six points behind Chelsea in the race for a top-four finish.

Unai Emery’s side are now level on points with sixth-placed Manchester United, who have won all five league matches under the temporary leadership of Ole Gunnar Solskjaer.

AFP Sport picks out some of the main talking points ahead of the weekend fixtures in the Premier League.

Unai Emery led his side on a 22-game unbeaten run between August and December as Arsenal mounted a strong challenge for a return to the Champions League.

But the feel-good factor has vanished at the Emirates and United now trail fifth-placed Arsenal only on goal difference.

Mesut Ozil, the club’s biggest earner, is being frozen out and there are reports that head of recruitment Sven Mislintat could be on his way out of the club.

Former Arsenal midfielder Emmanuel Petit said Emery needs to completely rebuild the squad and fears the mood could quickly change against the manager, describing the game as a “must-win”.

“I was thinking, ‘OK, you sacked Arsene Wenger for good reasons’. But then I was expecting a revolution at the club. But it’s not happened.”

Chelsea hope to have Gonzalo Higuain signed up in time to feature at the Emirates, but will the Argentine solve the Blues’ striking woes?

Former Arsenal favourite Olivier Giroud and Atletico Madrid bound Alvaro Morata have scored a paltry six Premier League goals between them this season, with Eden Hazard leading the way on 10.

Higuain, 31, has struggled at AC Milan this season, on loan from Juventus, with just eight goals in all competitions — prompting doubts over whether he is the man to make the difference.

But Higuain enjoyed his most prolific season under Sarri at Napoli in 2015/16, prompting a 90 million euro move to Juventus.

Sarri will hope Higuain’s arrival will not only guarantee goals, but improve Hazard’s mood by allowing the Belgian to return to his favoured berth wide on the left.

Tottenham manager Mauricio Pochettino has lost talisman Harry Kane until March and is also without forward Son Heung-min for a crucial part of the season.

Kane KO: Tottenham will have to cope without talismanic striker Harry Kane for at least six weeks

Kane’s injury and Son’s participation in the Asian Cup leave Pochettino short of options up front.

Spanish striker Fernando Llorente is likely to come into the side for Sunday’s match against Fulham, with Lucas Moura another option, even though he is returning from a thigh injury himself.

No side has conceded more goals in the Premier League this season than Fulham, so Pochettino’s men should have enough to bounce back at Craven Cottage.

But with Spurs involved in four competitions in the next month, Tottenham may finally have to spend some money in the transfer market to provide cover for Kane.

Can Solskjaer make himself indispensable?

Ole Gunnar Solskjaer is gunning for his seventh straight win since he took over as interim manager from the sacked Jose Mourinho and has a clutch of winnable fixtures to look forward to, starting with Brighton on Saturday.

The Norwegian has not put a foot wrong at Old Trafford since he arrived last month and has forced himself into the reckoning to be the next permanent manager.

Premier League meetings with Burnley, Leicester and Fulham are also on the horizon before a stiffer test against Liverpool on February 24.

Following his side’s statement win against Spurs last weekend, Solskjaer is now the bookies’ favourite for the job, ahead of Pochettino.