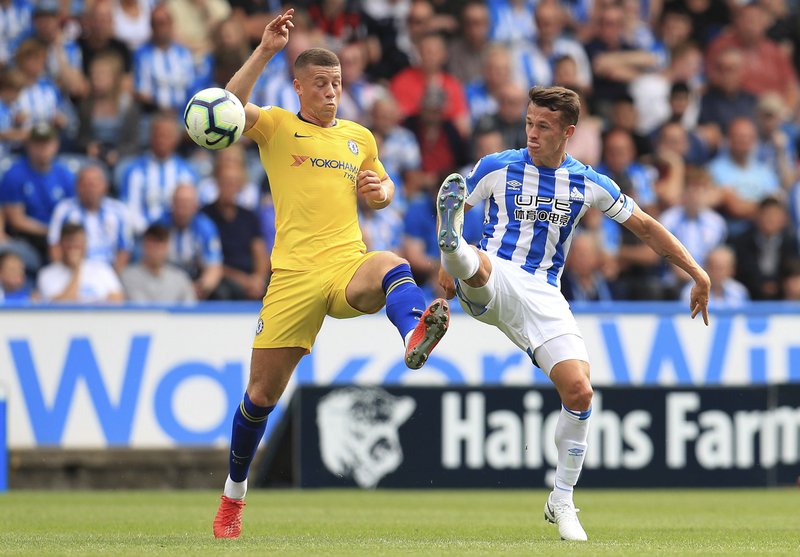 Chelsea and Tottenham dispelled doubts about their readiness to make winning starts to the Premier League on Saturday.

A week after being swatted aside by Manchester City in the Community Shield, Chelsea beat Huddersfield 3-0 in Maurizio Sarri’s first league match in charge.

France World Cup winner N’Golo Kante volleyed in the opener in the 34th minute, Jorginho netted a penalty on his Premier League debut before halftime and Pedro Rodriguez drove home the third with an angled drive after the break.

There was barely a save to make for Kepa Arrizabalaga, who became the world’s most expensive goalkeeper when he joined Chelsea for 80 million euros ($93 million) from Athletic Bilbao earlier in the week.

Chelsea was the league’s biggest spenders in the summer transfer window. Tottenham was the only top-flight side to fail to make a signing but still opened with a 2-1 victory at Newcastle.

All the goals came inside the opening 18 minutes as Joselu canceled out Jan Vertonghen’s opener for Tottenham before Dele Alli headed in the winner.

While Alli was on target, fellow England World Cup semifinalist Harry Kane endured frustration in front of goal at St. James’ Park. The striker, who was the tournament’s top scorer in Russia, has now failed to score a Premier League goal in August at 14 attempts.

After spending more than $250 million on new players since gaining promotion, the newcomers only collected one point between them. Cardiff lost 2-0 at Bournemouth and Fulham fell to the same score at home to Crystal Palace.

But Wolverhampton collected a point in a thrilling 2-2 draw with Everton. So much has changed at the central England team since it was last among the elite six years ago, with Chinese ownership investing heavily and utilizing its business relationship with Cristiano Ronaldo’s agent to attract players.

Two of Jorge Mendes’ clients netted for Wolves as they twice came from behind: Ruben Neves and Raul Jimenez.

Neves canceled out Richarlison’s debut goal for Everton directly from a free kick after Phil Jagielka was dismissed for a dangerous sliding challenge on Diogo Jota. Even with 10 men, Brazilian forward Richarlison restored Everton’s lead in the second half but Neves swung in a cross that was headed in by Jimenez to restore parity.

Brighton outspent champion Manchester City but an outlay of more than $70 million on 10 new players couldn’t prevent Watford beating the south-coast side 2-0 after a double from Roberto Pereyra.