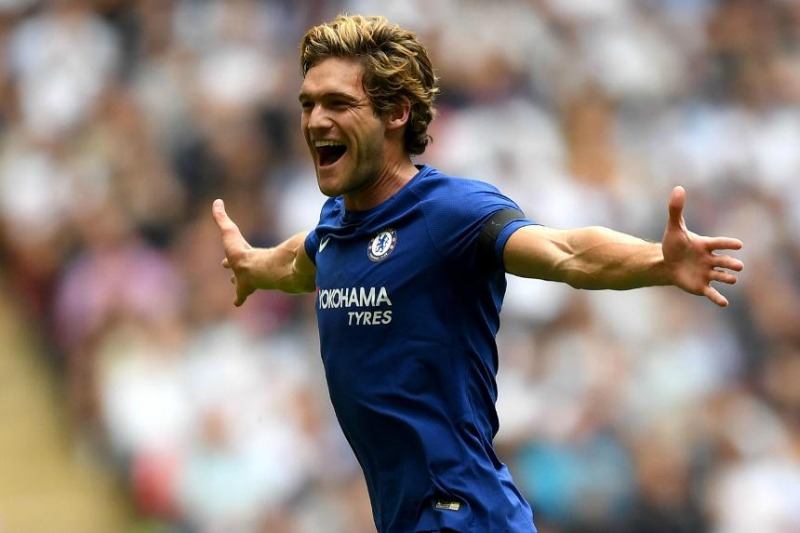 Chelsea recovered from the shock of blowing a two-goal lead against Arsenal as Marcos Alonso’s late strike sealed a 3-2 win, while Harry Kane ended his August hoodoo in Tottenham’s 3-1 victory over Fulham on Saturday.

Maurizio Sarri’s side raced into a 2-0 lead in the London derby before Arsenal drew level in a thrilling first half at Stamford Bridge.

Pedro swept home with a cool finish in the ninth minute after woeful Arsenal defending and Alvaro Morata crashed in the second 11 minutes later.

Although Arsenal were rocky at the back, they were dangerous going forward and Henrikh Mkhitaryan got one back with a low strike after 37th minute.

Alex Iwobi nabbed Arsenal’s equaliser with a clinical effort in the 44th minute. But Chelsea bounced back from that blow, dominating the second half before Spanish defender Alonso finished off substitute Eden Hazard’s pass in the 81st minute.