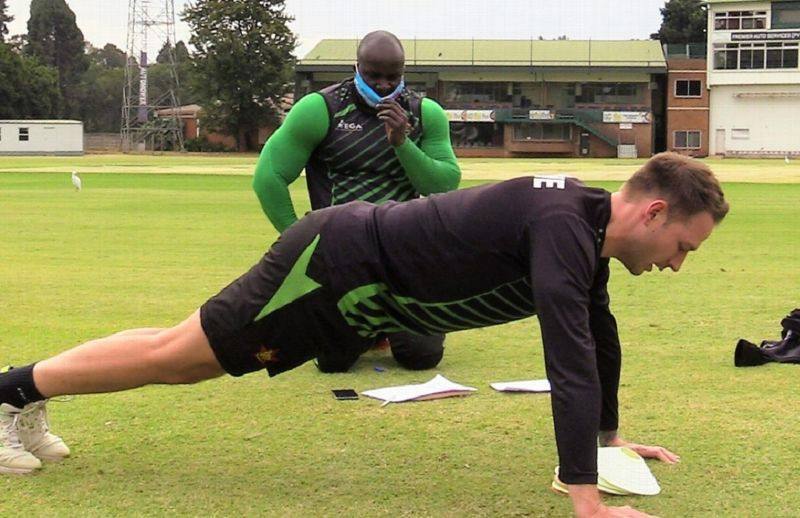 ZIMBABWE’S Chevrons have become the latest international cricket team to start training after Covid-19 induced long layoff as all 37 selected players, as well as the coaching staff, were tested negative for coronavirus.

With Zimbabwe planning to host Afghanistan in July-August – subject to government approval – a training squad of 37 that was called up to start preparing for the potential tour had to first undergo Covid-19 tests in a bid to guarantee the health of players and staff members.

With no cases of the virus detected, it gives the national team cricketers the green light to resume training which will begin with fitness tests in the provinces where the selected players are based.

“Results from last week’s coronavirus tests on Zimbabwe players and coaching staff have all returned as negative, giving the entire squad called up for training the green light to get down to business,” ZC said in a statement.

“After all the players, as well as the coaching staff, got the all-clear, training officially started on Monday.”

Due to lockdown restrictions in Zimbabwe, the training pool is split into small sub-groups that are practising within their provinces.

Harare has the largest number of players who have been split into two groups, with 14 of them training at Harare Sports Club and 11 at Takashinga Cricket Club under the national team coaching staff of fitness trainer Walter Karimanzira, batting coach Stuart Matsikenyeri and bowling coach Douglas Hondo.

The Takashinga-based players held their fitness test this Tuesday morning, with the Harare Sports Club group following suit in the afternoon.

In Manicaland, provincial coach Farai Chari is in charge, while national women’s team coach Adam Chifo is taking care of the Midlands players.

The players will focus on strength and conditioning sessions for the first three weeks before switching to skills training.