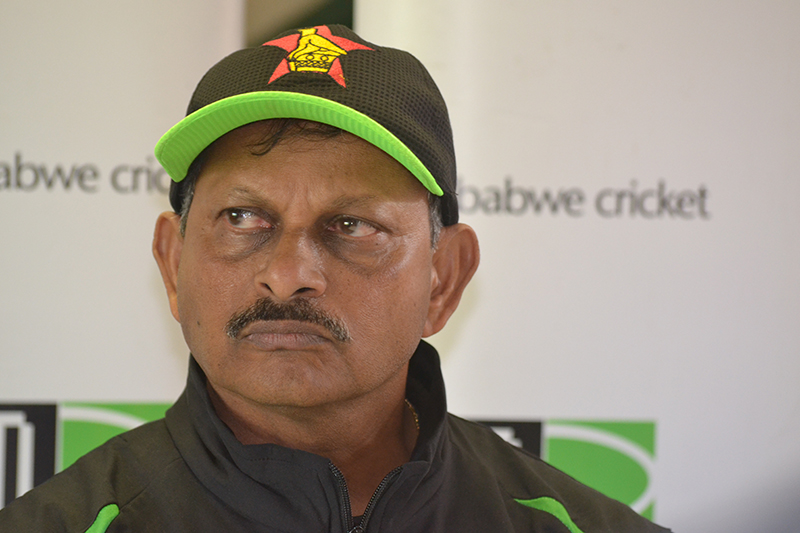 THE Zimbabwe national cricket team left the country on Friday for Abu Dhabi, United Arab Emirates ahead of their historic maiden Test series against Afghanistan early next month with head coach Lalchand Rajput backing his charges to impress despite the absence of several experienced players.

Next month’s series will mark the first time Zimbabwe and Afghanistan play each other in Test cricket following the granting of Test status to the Afghans in June 2017.

A squad of 15 players boarded Ethiopian Airways aircraft at the Robert Mugabe International Airport on Friday afternoon and will pass through Addis Ababa on their way to the UAE.

The Zimbabwe squad which left the country was missing the services of several experienced players due to injuries and illness.

The team was left severely weakened with the experienced batting duo of Brendan Taylor and Craig Ervine failing to recover from illness on time to travel, while fast bowlers Kyle Jarvis and Tendai Chatara are nursing serious injuries.

There is also no place in the squad for limited overs captain Chamu Chibhabha who will also miss the T-20 series due to injury.

Chevrons head coach Lalchand Rajput is however pleased to see fringe and young players getting the opportunity to stake their claim in the team.

“We will definitely miss them as they are the most experienced players around. We will miss their knowledge and experience, but at the same time it gives opportunity to showcase the talent of the players who are selected,” Rajput told reporters just before the team’s departure.

Rajput believes the tour will be an opportunity for young players such as 20-year old Wesley Madhevere and inform Tarisai Musakanda, whose last appearance in the longer version of the game was in 2017.

“Somewhere you have to start putting young talent who are performing in domestic cricket and Zimbabwe Cricket have started doing it from this series. Say for a youngster like Wesley Madhevere, it will be a huge platform to play against best spinners in the world and I am sure this tour will give them a lot of maturity and experience. Test cricket is the real test of a player which tests the character, temperament and endurance to make good decisions over a long period of time.”

The trio of Milton Shumba, Faraz Akram and Tinashe Kamunhukamwe will join the squad later for the T20I series.