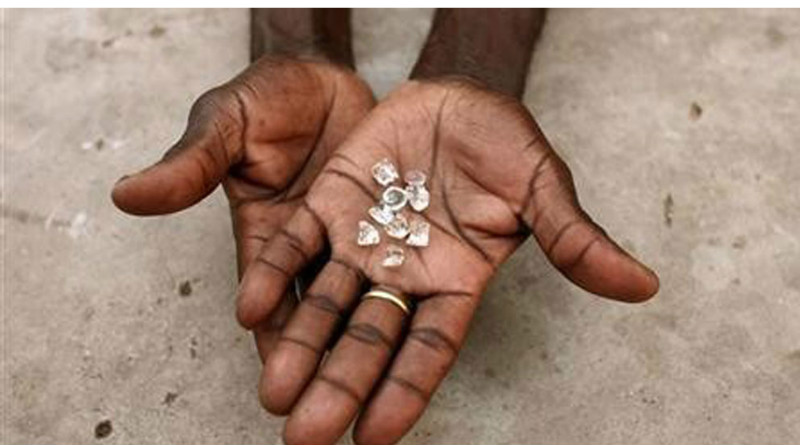 CHIADZWA villagers are at loggerheads with some diamond mining companies over failure to share proceeds from minerals in their area.

The villagers have been intending to hold demonstrations over the issue but have been blocked by the police on two occasions.

They named Chief Superintendent Plaxedes Mbira, the Officer Commanding ZRP Mutare Rural District, as the one who stopped them.

They have since engaged lawyers in a bid to stop the police from blocking their protests against the companies.

According to Zimbabwe Lawyers for Human Rights (ZLHR), a Trustee of Chiadzwa Community Development Trust – Newman Chiadzwa – wrote to Mbira as the Regulating Authority of ZRP Mutare Rural District on 26 October 2022 notifying her of his organisation’s intention to stage a demonstration on 8 November 2022 and to hand over a petition to some diamond mining companies operating in Chiadzwa in Manicaland Province.

“Chiadzwa said the demonstration was aimed at demanding payment of proceeds from the diamond sales, which was promised to the Chiadzwa community under the Chiadzwa Community Share Ownership Trust in 2019 by government, which owns a stake in the diamond mining companies,” said ZLHR.

“Chiadzwa protested that the Chiadzwa community is languishing in poverty while diamonds are being extracted and sold and hence the community deserves to have its share from the sales.”

In response to Chiadzwa’s letter, Mbira on 30 October 2022, advised him that his notice to stage a demonstration did not comply with provisions of section 7(2)(h) and section 10(1)(c) of the Maintenance of Peace and Order (MOPO) Act.

Mbira further stated that she could not guarantee the conduct and behaviour of the protesters within Chiadzwa, which is a protected area, and proceeded to invoke the provisions of section 5(2) of the Protected Places and Areas Act.

The section provides that conduct and movement of persons within a protected area ought to be regulated or directed by an authorised officer.

On 3 November 2022, Chiadzwa once again wrote a letter to Mbira notifying her of his intention to hold the demonstration and petition at Zengeni, which is a village in Chiadzwa on 15 November 2022.

But this too was turned down by Mbira on 9 November 2022, who advised Chiadzwa that the demonstration could not go ahead on the basis that his notice was not in compliance with section 10(1)(c) of MOPO Act, which bars demonstrations within a radius of 100 metres of any protected place.

Mbira also referred to section 5(2) of the Protected Places and Areas Act, stating that she could not guarantee the conduct and behavior of the protestors within a protected area.

This left Chiadzwa with no option but to engage Kelvin Kabaya of ZLHR who on 11 November 2022 filed an application at Mutare Magistrates Court seeking an order to set aside the prohibition notice issued by Mbira and to bar ZRP from interfering with the intended demonstration.

In the application, Kabaya argued that Mbira had misinterpreted and misapplied the law.

Kabaya insisted that the intended demonstration was exempt from the provisions of section 10(1)(c) relied upon by the Regulating Authority and argued that it could not have been the purpose of the Protected Places and Areas Act to completely prohibit the exercise of constitutionally guaranteed rights even in protected areas.