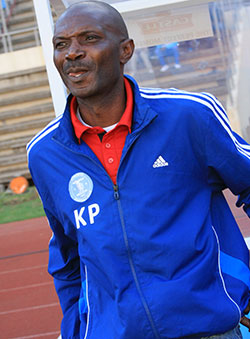 DYNAMOS face a test of character when they meet red-hot army side Black Rhinos in a potentially explosive Chibuku Shumba Cup at Rimuka Stadium on Sunday.
Black Rhinos are in top form under the guidance of former ZPC Kariba coach Jostein Mathuthu.
The army side have in their past five games won three matches and drawn two with one of those victories coming against Bulawayo giants two weeks ago.
Black Rhinos striker Lot Chiwunga struck a stunning solo goal which handed Highlanders their second defeat of the season.
They also beat How Mine by a single goal in back to back clashes in the league before holding the champions to a 0-0 draw at Rimuka Stadium – a result which has given them the much needed motivation going into the Chibuku Cup at the weekend.
The top eight teams as of Week 15 of the Premier Soccer League (PSL) – Highlanders, ZPC Kariba, Dynamos, Caps United, Hwange, Buffaloes, FC Platinum and How Mine – were seeded and were paired against the bottom eight as of mid-season.
Highlanders were drawn to face Shabanie Mine while Caps United were paired against Chapungu, with ZPC Kariba facing off Harare City.
Bulawayo sides How Mine and Chicken Inn will clash in the first round of the matches, while FC Platinum now under Norman Mapeza who takes over from Lloyd Mutasa face Bantu Rovers.
Buffaloes have a date against Chiredzi, while Hwange will take on Triangle.
FIXTURES
Saturday:  ZPC Kariba v Harare City (Rimuka), FC Platinum v Bantu (Mandava), Caps United v Chapungu (Rufaro), How Mine v Chicken Inn (Luveve)
Sunday: Dynamos v Black Rhinos (Gwanzura), Highlanders v Shabanie Mine (Luveve), Hwange v Triangle (Colliery), Buffaloes v Chiredzi (Sakubva).