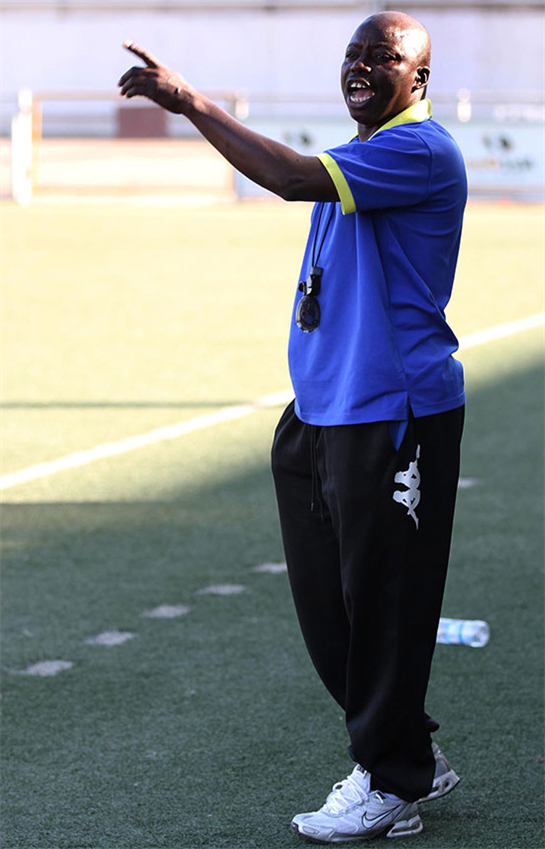 CAN Black Rhinos and Harare City spring surprises in this weekend’s Chibuku Super Cup semi-finals when they face FC Platinum and Highlanders respectively?
This is the question lingering on most soccer fans after Triangle defied all odds, including beating Dynamos, to win the One Wallet Cup final three weeks ago.
Having already dispatched Dynamos from the Chibuku Super Cup, Rhinos are hot favourites to gun down another giant in the form of rejuvenated Platinum when they clash at Rufaro Stadium in the first semi-final on Saturday.
The match, together with Sunday’s Highlanders/Harare City, will be beamed live on SuperSport 9 starting at 1500hrs, Zimbabwe time.
Rhinos coach Joisten Mathuthu says setting the bar too high will result in pressure in his charges, who are coming from three successive league losses and are back in the relegation zone.
“We have been struggling to make things in the last few weeks and now to demand more will pure pressure on the boys,” Mathuthu said Friday.
“We will approach this game like any other because our primary objective remains survival from relegation.
“On the other hand, if we win, perhaps this could inspire the players to do better in the next league matches.”
He added: “It would be good for us to reach the final, but we are not playing for revenge after they beat us in the league.”
Masimba Dinyero, the Harare City boss, has suffered just one league defeat after taking over Bigboy Mawiwi in July and is looking for his win over Bosso in three weeks.
He achieved a 1-0 win in the league three weeks ago at Rufaro and would be looking to complete a double against a Highlanders side that is torn by conflict on and off the field of play.
“History is dangerous,” Dinyero reckons. “This is a cup match and it’s different although we will employ the same approach.
“We want to reach the final as well, but we are not under pressure.”
Winners take home $75,000, losing finalists $50,000 while each semi-finalist will get $25,000.
Highlanders parted ways with coach Kelvin Kaindu at the beginning of the month and promoted his assistant Mark Mathe who received a baptism of fire with a 4-0 whacking by Caps United last weekend.
Then Bosso brought in veteran coach Cosmas Zulu to stabilise the ship.
There are also serious issues of indiscipline at the club with midfielder Mthulisi Maphosa serving a 75-hour community service stint after an assault case. Njabulo Ncube has returned from suspension from misconduct and there are issues of drug and alcohol abuse in camp.Advertisement